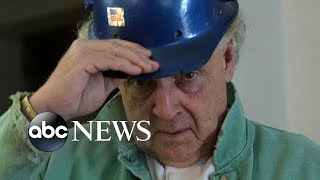 As 2020 campaign coverage shifts into high gear, the press is already reviving a beloved 2016 storyline: White working-class voters from Midwest, and specifically men, are the voters who matter most.

There's the collection of blue-collar Trump supporters; the interviews conducted inside roadside diners and saloons; and the plainspoken oaths of loyalty offered up to the president. The trusty props are all being dusted off for the 2020 campaign season, as journalists document Trump's "tight bond" with Midwestern working-class voters. In recent weeks, The New York Times alone has published fresh looks at white blue-collar Trump voters from Colfax and Osseo, Wisconsin, and from Lordstown and Youngstown, Ohio.

The recent flood of coverage actually hangs on an interesting news hook, which is that Trump's incoherent trade tariffs are making life difficult for so many of his Midwestern supporters, particularly farmers who overwhelmingly supported him in 2016. Trump won Pennsylvania, Michigan, and Wisconsin by tiny margins, which means he could lose them the same way in 2020. But instead of fresh insights, so much of the Midwestern white working-class voter coverage has been a numbing repeat of what we've seen nonstop since 2016, which is blue-collar voters in virtually all-white counties in red states announcing that they really, really like Trump. And yes, there's a cult-like devotion to him, despite policies that are ruining Midwestern businesses. (Typical headline: "There's No Boom in Youngstown, but Blue-Collar Workers Are Sticking With Trump.") "He does really seem to be fighting for us," an Iowa farmer recently told CNBC. "Even if it feels like the two sides are throwing punches and we're in the middle, taking most of the hits."

The Trump-voter journalism genre seems to be a way for the allegedly liberal media to signal to conservatives that it's willing to present them in a flattering light -- over and over and over. And yes, the entire Trump-voter newsbeat was invented out of whole cloth. During President Barack Obama's first term, newsrooms weren't fanning out to Atlanta and Chicago and Los Angeles to stock up on quotes from black voters who loved the new president. Back then, what Obama voters thought of the new president simply wasn't considered to be newsworthy by the political press. Yet today, what Trump voters think of Trump has been deemed wildly important, and is covered relentlessly.

Related Topic(s): Campaign Tactics; Jobs; Reporters; Trump Broken Promises; Trump Presidency; Voter Participation; White Male Effect; White Women; Work; Workers, Add Tags
Add to My Group(s)
Go To Commenting
The views expressed herein are the sole responsibility of the author and do not necessarily reflect those of this website or its editors.