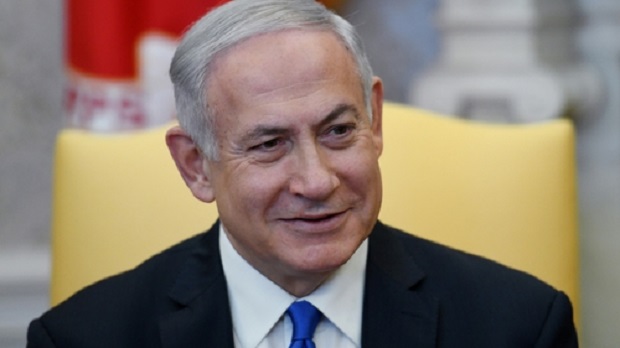 There is no legal precedent for a sitting prime minister facing a trial in Netanyahu's case, for bribery, fraud and breach of trust. Former Israeli prime minister Ehud Olmert was charged with corruption in 2009 but only after he had resigned from office.

Israeli commentators are already warning of the possibility of civil war if, as seems likely, Netanyahu decides to whip up his far-right supporters into a frenzy of outrage. After a decade in power, he has developed an almost cult-like status among sections of the public.

The honorable thing would be for Netanyahu to step down quickly, given that the two elections he fought this year ended in deadlock. Both were seen primarily as plebiscites on his continuing rule.

He is now the country's caretaker prime minister, in place until either a new government can be formed or an unprecedented third election is held.

His departure would end months of governmental near-paralysis. The path would then be clear for a successor from his Likud party to negotiate a deal on a right-wing unity government with rival Benny Gantz, a former army general.

Gantz's Blue and White party has made it a point of principle not to forge an alliance with Netanyahu.

Previous experience, however, suggests that Netanyahu might prefer to tear the house down rather than go quietly. If he is allowed to press ahead with another election in March, he is likely to stoke new levels of incitement against his supposed enemies.

Until now, the main target of his venom has been a predictable one.

During the April and September campaigns, he railed relentlessly against the fifth of Israel's citizenry who are Palestinian as well as their elected representatives in the Joint List, the third largest faction in the Knesset.

Shortly before last Thursday's indictment was announced, Netanyahu was at it again, holding an "emergency conference". He told supporters that a minority government led by Gantz and propped up from outside by the Joint List would be a "historic national attack on Israel". The Palestinian minority's MPs, he said, "want to destroy the country".

Such a government, he added, would be an outcome "they will celebrate in Tehran, in Ramallah and in Gaza, as they do after every terror attack".

This repeated scaremongering had an obvious goal: rallying the Jewish public to vote for his far-right, now overtly anti-Arab coalition. The hope was that he would win an outright majority and could then force through legislation conferring on him immunity from prosecution.

Now he appears to have run out of time. After three years of investigations and much foot-dragging, the attorney general, Avichai Mandelblit, has finally charged him.

According to the Israeli media, Netanyahu turned down opportunities for a plea bargain that would have seen him resign in return for avoiding jail time.

Related Topic(s): Benjamin Netanyahu; Charged; Investigations; Netanyahu Indicted; Prime Minister Benjamin Netanyahu, Add Tags
Add to My Group(s)
Go To Commenting
The views expressed herein are the sole responsibility of the author and do not necessarily reflect those of this website or its editors.