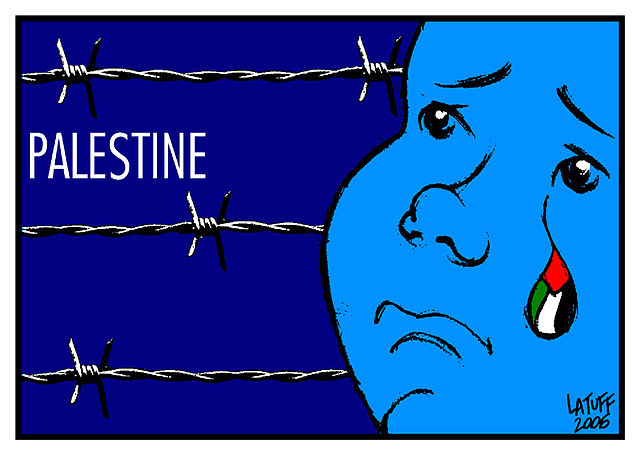 Recent developments in connection with the Israeli-Palestinian conflict demonstrated the huge gap between the Israeli government and the international community's position about the settlements in the occupied territories and the prospect of a two-state solution. United Nations Security Council Resolution 2334, followed by Secretary of State John Kerry's speech condemning the Israeli settlements and characterizing them as a major obstacle to peace, were largely on the mark. But ending the settlements enterprise will not, in and of itself, resolve the Israeli-Palestinian conflict. Unfortunately, both the UN and Kerry have ignored other critical issues, particularly the poisonous socio-political atmosphere between the two sides, the fault lines in the peace process itself, and Hamas' and other Palestinian extremists' position that calls for Israel's destruction, to which Kerry made only scant reference.

The French Initiative to convene an international conference on the Israeli-Palestinian conflict on January 15th is a momentous opportunity to offer a new approach that would mitigate the hostile relationship between the two sides and create a new socio-political environment conducive to restarting peace negotiations with a realistic prospect for success. However, the agenda of the conference and its outcome should seek to provide a framework for the Trump administration to align itself with because without the US' ultimate support, it will have no lasting impact in securing a viable Israeli-Palestinian peace.

Although the UNSC called for taking "immediate steps to prevent all acts of violence against civilians, including acts of terror, as well as all acts of provocation and destruction," the resolution fell short in condemning Hamas by name and calling upon its leadership to renounce violence and accept Israel's right to exist.

This glaring omission plays squarely into the hands of Netanyahu's right-wing government, which claims that Israel continues to be existentially threatened and only when the Palestinians unequivocally accept Israel's existence will negotiations produce a lasting peace agreement.

In his speech, Secretary Kerry defended the US abstention in the UNSC, which allowed the resolution to pass, because it recognized the critical importance of combating terrorism and ending all acts of violence: "Everyone understands that no Israeli government can ever accept an agreement that does not satisfy its security needs or that risk creating an enduring security threat like Gaza transferred to the West Bank". [but] the vote in the United Nations was about preserving the two-state solution."

Both the UN resolution and Kerry's speech, however, failed to recognize that the conditions on the ground have dramatically shifted not only because of the settlements, but also because of the psychological dimensions that impact and impede progress on every conflicting issue.

There is profound distrust between the two sides which is compounded by mutually deep concerns over security, coupled with strong illusions held by right-wing Israeli and extremist Palestinian constituencies that claim to have an inherent right to the entire land stretching from the Mediterranean to the Jordan River.

Hamas has made this claim time and again, and recently Israel's Education Minister Naftali Bennett stated that Israel should annex Ma'ale Adumim (located 4.5 miles east of Jerusalem), followed by Area C in its entirety, which is under Israeli control and is more than 60 percent of the West Bank.

As Bennett, Netanyahu, and other coalition partners see it, the expansion of settlements and the retroactive legalization of many others built without initial government approval will create irreversible facts on the ground making a two-state solution simply inoperable, which is precisely what they want to secure.

To be sure, the UN resolution and Kerry's speech are nothing but a call in the wilderness. Other than putting some political pressure on Israel and warning the Palestinians to stop incitements and acts of violence, there is no realistic international enforcement mechanism to compel either side to adhere to the UN resolution or Kerry's plea.

Netanyahu feels confident that as president, Trump will restore the US' traditional support of Israel's position and provide it with political cover any time attempts are made by the international community to pressure or coerce Israel to embrace policies contrary to its perceived national interests.

The timing of the French Initiative may seem odd as it is taking place only five days before the inauguration of President-elect Trump. The French government, however, wants to build on the momentum produced by the UN resolution and Kerry's speech to engender wider international consensus beyond the UNSC against the settlements and save the two-state solution, which is viewed as sine qua non to enduring peace.

Furthermore, the French are hoping to prevent the incoming Trump administration from rushing into taking a position completely supportive of Netanyahu and scuttling what's left of the peace process, especially at a time of regional turmoil and extremism, which the Israeli-Palestinian conflict feeds into with consequential adverse effects on the European community.

For the French conference to succeed, however, it should not merely echo what the UN resolution and Kerry's speech called for, and not simply push for the resumption of direct or indirect peace negotiations that will meet the same fate as previous talks. The conferees must adopt a three-track approach that will be conducive for the resumption of constructive negotiations leading to a peace agreement that the Trump administration can support.

Related Topic(s): Hamas; Israel; Palestinian; Peace; Reconciliation, Add Tags
Add to My Group(s)
Go To Commenting
The views expressed herein are the sole responsibility of the author and do not necessarily reflect those of this website or its editors.