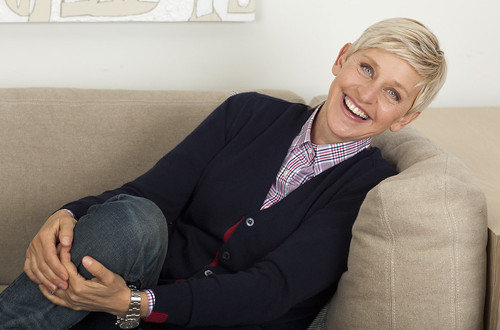 U.S. culture is infected by a monopolized media that incentives the worship of celebrities. Ellen DeGeneres showed us all why such worship is entirely problematic and devoid of political principle. The popular queer comedian received a storm of criticism on Twitter for attending a Dallas Cowboys game with former U.S. President George W. Bush. Of course, other stories, such as the Ecuadorian peoples' resistance to Lenin Moreno's austerity regime or the fact that the U.S.-backed Saudi blockade of Yemen has caused the last hospital in the war-torn nation to close have largely been excluded from the headlines or latest trends on Twitter. Yet these developments are interrelated. When it comes to war crimes, capitalist elites like DeGeneres and George W. Bush are more than willing to put their differences aside.

Bipartisan "civility" is the real story behind the so-called "Resistance" to Donald Trump. War criminals have coalesced in opposition to Trump, not to stop his pro-billionaire tax policies or his wars against Venezuela, Iran, or Yemen, but to render the so-called "outsider" president a complete servant of the bipartisan agenda of endless war. War criminals such as George W. Bush, James Clapper, William Kristol, and a host of others have seen their reputations rehabilitated by the corporate Democratic Party. Millions of people marched against the invasions of Iraq and Afghanistan in 2003. In 2019, the white liberal elite feel more than comfortable hugging and embracing the very architects of those wars so long as it leads to a weakened Trump Administration and a more "civil" rule of the rich.

Ellen DeGeneres defended her friendship with George W. Bush as a matter of "kindness." According to the comedian, being able to share space with those we disagree with is a hallmark of American civility. DeGeneres' justification for her close relationship with a war criminal exposes the total bankruptcy of the white liberal elite. In the idealistic and privileged sector of capitalist society from which DeGeneres sits, war crimes are mere disagreements instead of policies that wreak death and destruction upon millions of mostly non-white peoples. There were many who did not take kindly to her statement of defense. Even the upper class queer magazine Out condemned her actions as being out of touch with the reality that George W. Bush was no friend of the gay community during his presidency.

Under Trump, white liberal elites have become emboldened to drop their "progressive" veneer and hop on the neoconservative train to endless war. This process began under Barack Obama's two term presidency. Obama refused to indict Bush's administration for war crimes and kept its torture documents under seal. He then went on to expand Bush's wars and create new ones in Yemen, Libya, Somalia, Syria, and Ukraine. Fully fortified with a "kill list," Obama droned thousands of civilians in the Middle East and prosecuted more whistleblowers than Bush ever could. On the domestic front, Obama bailed out Wall Street and expanded the surveillance state that Bush put into place in the aftermath of the September 11th attacks. White liberal elites who were embarrassed by Bush's excesses thus found many excuses to support them during Obama's rise to stardom.

Donald Trump seized the massive political disillusionment left in the wake of two terms of Obama's regime of compromise. White liberal elites, determined to save face after Trump's victory, organized a "Resistance" movement which included the neoconservative establishment, the military industrial complex, and prominent billionaire donors to Hillary Clinton's 2016 campaign. The war crimes committed under George W. Bush and Barack Obama were absolved entirely by the Democratic Party. Russiagate fueled the development of a new ruling class coalition against Donald Trump. Bipartisanship became synonymous with patriotism. Critiques of the establishment, on the other hand, were demonized as conspiracies of the Russian government and subsequently punished by the intelligence apparatus. Russiagate legitimized the absolution of war criminals to render war with Russia and the rest of the world more palatable in the Trump era.

Ellen DeGeneres' friendship with George W. Bush cannot be considered separate from Alexandria Ocasio Cortez's tweet calling John McCain "an unparalleled example of human decency" or the fact that white liberal elites organized in the thousands to defend ultra-right politician Jeff Sessions after he was relieved of his duties as Trump's Attorney General. The Democratic Party is more than willing to celebrate war criminals and white supremacists when doing so serves the interests of its donors. People such as Ellen DeGeneres are far too rich to care about millions of dead Iraqi, Afghani, or Yemeni civilians. Photo ops and access to power top the list of priorities for white liberal elites in the media industry. In the age of Trump, this means that war crimes go ignored or are actively encouraged.

The Twittersphere rightfully confronted Ellen DeGeneres for her friendship with certified war criminal, George W. Bush. It is unfortunate, however, that her behavior overshadowed the very problem DeGeneres was reinforcing when she exchanged pleasantries with the former U.S. president. The people of Yemen's continued genocide at the hands of U.S.-backed Saudi aggression and the large protests that have erupted against the traitorous, IMF-owned Lenin Moreno represent but two fronts of many in the larger popular struggle against U.S.-led imperialism. These struggles deserve the support of the workers in the United States. Workers in the United States have a vested interest in supporting Ecuador, Yemen, and all nations struggling to break free from U.S. domination. The Pentagon spends trillions of budgetary and unaccounted for dollars on maintaining endless wars, money of which could be used to fund the growing needs of working people in the U.S. Of course, solidarity is no one-way street, and workers in the U.S. must also understand that the needs of people living in the Global South are just as important as their own.

Ellen DeGeneres' behavior demonstrates that there is much work to do in developing solidarity and anti-war political consciousness in the United States. However, the situation is not hopeless. Bernie Sanders and Tulsi Gabbard, when taken together, raise demands for social democratic reform and peace to the wholly reactionary and corporate-driven Democratic Party. However, neither Sanders nor Gabbard willing to go the extra step in challenging the Democratic Party establishment at the point of production. Gabbard praised DeGeneres' defense of her friendship with George W. Bush, claiming it represented "aloha" and the willingness to be kind to all. Sanders has yet to challenge Elizabeth Warren for her means-tested policy proposals or Joe Biden for his laundry list of anti-worker, anti-poor, and anti-Black policies over the course of his long political career.

Ironically, Gabbard and Sanders' adherence to liberal "civility" is likely to cost them direly in the 2020 election. The Democratic Party's absolution of war criminality is part of a larger problem. The U.S. political apparatus is under complete control of a handful of corporations and banks. Sanders and Gabbard may want to reform the system, but they certainly do not seem willing to break from it entirely. The working class must be the force to break from the two-party system if a political formation that represents its interests is to form in the United States. Until such a break occurs, expect war criminals such as George W. Bush to continue to find absolution in the white liberal class' fake "Resistance" to Trump.

Related Topic(s): Ellen DeGeneris; Invasion; Iraq, Add Tags
Add to My Group(s)
Go To Commenting
The views expressed herein are the sole responsibility of the author and do not necessarily reflect those of this website or its editors.