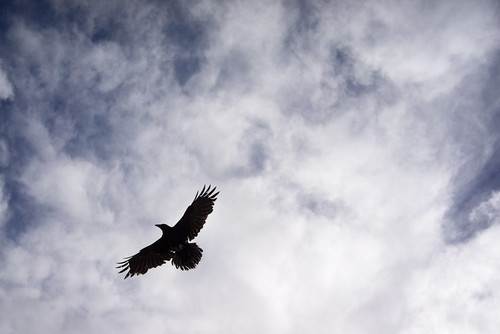 Gone but not forgotten
(Image by peretzp)   Details   DMCA

This writer first encountered this highly focused, bundle of energy of a man about 10 years ago. My weekly ' Anti-Iraq Invasion' group of demonstrators was on our regular corner of busy Port Orange, Florida replete with our signs and my bullhorn. Ed Dunphy walked over to me and we began comparing notes. He was a fellow Peace and Antiwar activist based in central New Jersey. Ed was in Florida visiting his long time buddy and could not help but stop by and grab a spare sign. We became kindred spirits immediately.

Ed Dunphy passed away at the age of 70 in July, suffering from ALS or ' Lou Gehrig's disease'. This diminutive marathon runner who valued fitness and good health his whole life was reduced to a withering shell the last 6 months of his life. Ed knew that his ' time clock ' was running out, as he had lost two sisters and a cousin from the disease. He fought it the best he could, even by trying a new experimental drug... all in vain. This column is not going to be about the ' sick ' Ed Dunphy... NO! This column is about the powerful and patriotic Ed Dunphy, a man who spent perhaps every waking hour of his adult life in ' Speaking truth to power ' in various ways.

In the mid 1960s, living in the Newark , New Jersey area, 18 year old Ed Dunphy latched on to SDS ( Students for a Democratic Society) and other civil rights activist groups. He worked in the low income areas of Newark, and even lived there as well for a while, advocating for the better treatment of renters, most of who happened to be black. Ed learned a great deal from the leaders of these groups, and he himself took the part of leadership when need be. When the Vietnam debacle got more entrenched, Ed was out there on the protest lines. During this time he managed to secure a great career with Delta Airlines, allowing him to travel a lot. In his travels he saw injustice and despair mingled in with the beautiful sites.

Years later, when Ed was retired, during the Bush/Cheney regime, he became impassioned against this Military Industrial Empire . At the capitol in Trenton, New Jersey, Ed would show up at rallies and demonstrations, never allowing himself to be 'pulled in ' by political party factions. He would tell those who tried to recruit him into the Democratic Party tent that he was totally independent of affiliations... except of course in protesting the empire and its phony wars and occupations. Ditto for this writer as well. Ed called many radio talk shows and challenged the right wing hosts and guests to debate him on the Iraq invasion/occupation. One time, during a trip to North Carolina, Ed was doing a marathon run at a college campus. As he was beginning his run, he saw a group of students having an outdoor Bible study on the lawn. Ed stopped running and walked over to the group. He asked them how they felt about 'killing babies ' AKA abortion. They explained how it was against Christianity to kill babies in the womb. "You know, I happen to be against abortion as well. Matter of fact, I too am against ' killing babies ' in the womb. So, I guess you all must be against our carpet bombing raids in Iraq, where we are killing women and babies, and even pregnant women with babies in the womb." He then asked them what Jesus would say about all that... and they asked him to please LEAVE.

When Obama became president, and the madness continued, Ed kept going strong with his activism. He created a novel idea for a sign. In bold letters it simply stated: Bush=Obama=Bush and took it to the nearby Princeton campus. Ed would just sit on a bench in a busy area of the campus holding his sign. He attracted many passersby, and would engage in conversation anyone who commented, pro and especially con. Ed would do this once a week, and got lots of attention; so much so that the campus security finally asked him to leave. Ed then engaged the security guards in deep conversation, and finally went all the way to the school administrators with threats to get the news media out there. They relented. Ed also took his sign to the town hall meetings of local congressmen. He caused such a commotion with his invitations to debate the congressmen that the local news channel sent a crew out to the next town hall... and Ed was there again! He did these things to both Republican and Democratic congressmen, by the way. When one is only affiliated with Peace and Anti War activism the margins of empire are much greater. Ed Dunphy understood that to the upmost.

Before he got really ill, Ed always told me to ' Never give up the challenge '. I haven't and I won't! 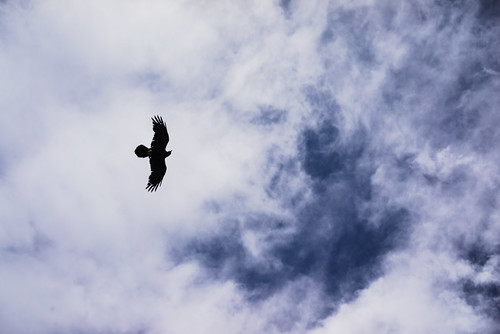 Gone but not forgotten
(Image by peretzp)   Details   DMCA

Related Topic(s): Activist; Antiwar; Iraq, Add Tags
Add to My Group(s)
Go To Commenting
The views expressed herein are the sole responsibility of the author and do not necessarily reflect those of this website or its editors.