I assume most of the folks that frequent OpEdNews are familiar with at least the concept of a "mantra", and some may have even given them a try.

But I believe they still aren't really quite properly understood in the West. In the East, they are expressions of something far more "primal" than even very serious aspirants often truly appreciate. A fundamental statement of fact, which our friends to the East have given us is this: "There is no difference between God and God's Name." This is something that made absolutely no sense to me when I first heard it, and which also seems to be the case among even the cleverest of serious seekers.

But, after many, many years, I think it may be starting to finally sink in. I don't want to get too much into the difference between repetitive "chanting" and prayer, and I, in no way whatsoever, want to minimize the very great importance of prayer. But I believe they each have their respective functions. I would say prayer is an expression of, and a means to, a relationship with God. Mantras are about (radical) transformation and the ultimately merging with God.

But, it's the day-to-day power of mantras to transform one's consciousness, mind and therefore life I would like to emphasize here. To cut more to the chase, someone once said, "No negativity can withstand the Name of God." The neutralization and transformation of our basic "mind-stuff" (or chitta in Sanskrit) is a very, very real phenomenon that most people who make a habit of reciting mantras experience. The importance and significance of this cannot be overstated. Personally, I have been repeating mantras every day for so many years now, I take the day-to-day, moment-to-moment, reconfiguration of by entire being as my natural state. And I have absolutely no idea in what way I will change, but it's always much, much better from the place I was just in a moment before.

Repetition of the Name of God (which is actually sometimes viewed as distinct from a mantra, which strictly speaking is a "mystical formula") has been called a panacea. And it is. If there is no difference between God and God's Name, then one is accessing pure love, power and Grace by repeating His Name, and the benefits are simply directly proportional to the effort one puts into it. There is literally nothing one cannot theoretically achieve, and the Hindu scriptures are full of countless examples of what some, in fact, have achieved, from relieving depression to creating an alternate universe. The ultimate goal of spiritual aspirants chanting mantras (preferably mentally, i.e. silently) is to attain the state of Sat Chit Ananda; pure existence, absolute awareness and absolute bliss. This of course offers an interesting contrast to the goal of pychotherapy which is, at best, being "normal".

There are, indeed, countless Eastern mantras. The most popular is probably the Gayatri Mantra, which is almost the Indian National Prayer. There is also the "Hare Krishna" mantra made famous by George Harrison in the song "My Sweet Lord" (and which he once chanted continuously for three days). I'm also aware of at least one Christian "mantra", made famous by the anonymous Russian missionary who wrote the classic, "The Way of the Pilgrim", which is an exquisite account of his experiences reciting it. What he kept repeating (mentally, silently) was "Lord Jesus Christ Have Mercy on Me." (I once actually did this all day long one Christmas. The following day, feeling quite overwhelmed with its residual energy, I quite literally put a (Catholic) friend of mine into an ecstatic trance by simply touching her wrist with two fingers. When she came out of it, she just stared into my eyes and said "The Saints are working through you.")

One of my personal favorites is a particularly short, but potent three syllable mantra, "Om Sai ("sigh") Ram (pronounced "rohm", as in "CD". "Ram" is short for "Rama"). "Om Sai Ram". Sai means "Divine Mother" and Rama, of course, is an Hindu deity. And, you probably know about "Om". That's how the the Hindus believe God created the universe. For me, they are three of the most powerful syllables in the Cosmos.

I am only mentioning this because the discovery of the power and potency of mantras, has been, for this Jewish boy, one of the greatest gift of my life, and I wanted to at least share a little bit about them with you.

Plus it's free, doesn't require joining anything, and quite good for what ails you, given the chance. 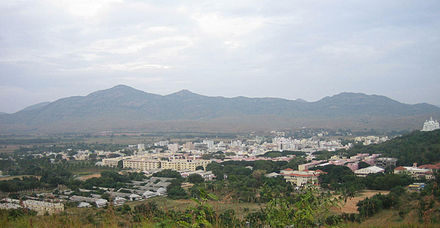