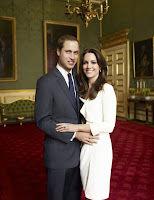 (Image by Unknown Owner)   Details   DMCA
No sooner than the "I do's" are said between Prince William and Kate Middleton then the world's media will erupt into a chorus of "When will there be an heir?" After all, what will happen to the Monarchy if Queen Elizabeth, Prince Charles and Prince William all suddenly die? Will we be stuck with Harry or some random cousin? Yes, let's hope an heir comes quickly. Whoever the heir winds up being he/she will be known to the world. The media will see to that. There will be no question about their birthright.
Heredity is our legacy - leaving our mark on the world. I have had the good fortune of being present for the births of my nephew and niece respectively. Within the hour of each birth I had the incredible honor of holding them to welcome them to the world. It is truly one of those vertebrae tingling experiences that I am most grateful to have had.
In the event that either my niece or nephew opt to run for President let this serve as my authentication that they arrived into the world in these United States. This blog is on the internet so I know this verification will last and is indisputable. I don't think the births were announced in the newspapers, but I distinctly remember posting photos on Facebook -- that should suffice, don't you?
25% of the American people think that Barack Obama was not born in the United States according to a recent CNN poll. The network then conducted a massive "investigation' of claims of "Birthers" and have concluded that Barack Hussein Obama was born in Honolulu, HI on August 4, 1961 at 7:24pm. 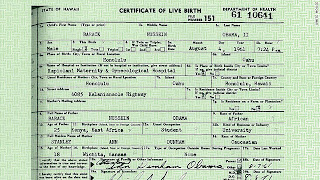 (Image by Unknown Owner)   Details   DMCA
Donald Trump surged to the top tier of Republican potential 2012 Presidential candidates based on his aggressive challenging of the Hawaii's official certificate of live birth verified by the former Governor, a Republican and all of the state's officials in charge of these matters. The "birther" claims seemed to be a circular process: the more it was challenged, the more newsworthy it became. The President released the "long form" version -- a version that isn't legal in Hawaii but is the one the "Birthers" have been clamoring for. It likely won't resolve the questions.
I wonder if the doubters realize that Article 2 of the Constitution states: "No person except a natural born Citizen, or a Citizen of the United States, at the time of the Adoption of this Constitution, shall be eligible to the Office of President."  Maybe they do.  Have they thought about the consequence of Obama being somehow found as unqualified for office? 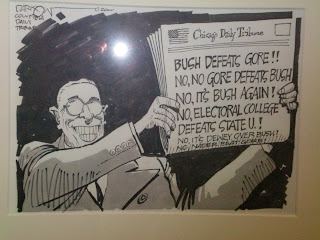 (Image by Unknown Owner)   Details   DMCA
In the 2000 election the networks called the election for President-elect Gore only to rescind the determination, call the election for President-elect Bush and ultimately throw the towel in with nobody knowing who won. Then for more than a month there was a living civics lesson on the Electoral College, voting chads and experiencing the essences of democracy working. George W. Bush was certified as the winner of Florida by 537 votes.
Vice President Gore delivered perhaps his best speech conceding the election where he validates that George W. Bush as the 43rd President.

"While we yet hold and do not yield our opposing beliefs, there is a higher duty than the one we owe to political party. This is America and we put country before party. We will stand together behind our new president. "

It was an honorable speech that unequivocally legitimized the election even though (to this day) there are questions about the count and the Supreme Court decision. The Gallup poll in April 2001 showed that even though many Americans thought he had won the election on a technicality, 70% viewed him as the legitimate President. After 9/11 the country rallied behind Bush and his legitimacy was never in doubt again. Imagine what would have happened to President Bush if Gore never dismissed the concerns -- how could he have led if the opposition party constantly reminded America that Bush didn't win a majority of votes.

The "Birther" claims are not so much about removing Obama from office -- but instead are a way to delegitimize him and his administration. It is not longer sufficient to disagree with an opponent or to malign them personally. When that fails then de-legitimize them. This approach may prove politically astute in the short term, the longer term consequences are significant. 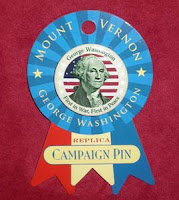 These statistics  are important because they show that for virtually the entire history of the United States Americans have been divided. Different approaches to the issues of the day are a constant. They should be expected and even welcomed. Political polarization isn't new. The Jefferson-Adams race of 1800 was particularly nasty with one calling the other "bald and stupid" and the other responding with "murderer and whoremonger."  Vitriol in politics is part of the process.

The "Birther" movement is different. It aims to de-legitimize the President, and more dangerously the institution of the Presidency itself. More immediately it is a tremendous blow to honor. Honor and politics? I know, I know. It is honorable and necessary in a democracy to disagree -- to passionately and vigorously debate the issues of the day. Certainly in a country that has been evenly divided for nearly our entire history we can find a way to disagree without destroying the very democracy that allows the disagreement to occur.
For more articles:  www.craigcoogan.blogspot.com
For more about the author:  www.craigcoogan.com

Craig Coogan is a strategist, entrepreneur and commentator who examines issues with his unique perspective.
Related Topic(s): Debate; Democracy; Elections; Media; Obama; Polarization; Politics; Satire, Add Tags
Add to My Group(s)
Go To Commenting
The views expressed herein are the sole responsibility of the author and do not necessarily reflect those of this website or its editors.