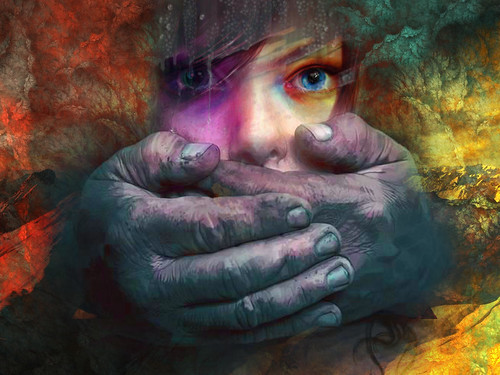 An international campaign is underway to defend the rights of the great whistleblower Julian Assange and stop authorities in the UK and the United States from putting him in prison.

Assange, the founder and editor of WikiLeaks --- which over the past 15 years has published secret files exposing US war crimes in the Middle East, US political corruption, frightening new cyber warfare systems used by US intelligence and the inner workings of the notorious Guantanamo Bay prison ---- has been in holed up in the Ecuadorian Embassy in London for six years after being granted political asylum by Ecuador.

Though isolated and cut off from the outside world, Assange was protected from arrest by UK and US authorities who want him for various alleged crimes, most importantly the illegal release of classified information. But Assange's safety is now in doubt. The left-leaning government in Ecuador of Rafael Correa, which granted him asylum, has been replaced by a more conservative government led by Lenin Moreno, which seeks closer relations with the United States. Officials of Moreno's administration have indicated that Assange may be forced to leave the embassy in London.

If Assange has to leave the embassy, he will be immediately picked up by UK authorities, who have said that they will turn him over to the United States. U.S. Attorney General Jeff Sessions says he considers arresting Assange "a priority," and his office has reportedly drawn up charges of espionage. If tried and convicted, Assange could face life in prison or even the death penalty.

Protesters from around the world are rallying to publicize the immanent danger he faces, and to demand that UK and US officials drop any plans to prosecute Assange. Demonstrations have taken place in Britain, Australia, Washington, D.C. New York, and Los Angeles. Supporters of Assange, who is Australian, believe that if Britain and the US succeed in putting the WikiLeaks founder behind bars, then freedom of speech everywhere will have been dealt a severe blow, and the right to publish information critical of those in power will have been abrogated.

At a rally June 17 in Sydney, Australia, organizer Linda Tenenbaum said the event was set up to start building "a defense campaign in Australia, New Zealand and internationally that will bring together all those committed to democratic rights --- the right of journalists to inform the population, their right to freedom of speech, and the right of everyone to be informed of the truth."

Tenenbaum, a leader of the Socialist Equality Party, added, "These are issues of the most fundamental character, the suppression of truth, of WikiLeaks and Julian Assange and they go hand-in-hand with the destruction of democratic rights."

Advocates for Assange are demanding that the government of Australia step in and exercise its diplomatic power to protect the whistleblower from threats made by the British and American governments. They are asking that the WikiLeaks leader be allowed to return to Australia and that the Australian government reject any demands from the US for his extradition.

The famed journalist John Pilger also addressed the Sydney rally, which was attended by several hundred people, according to a story in the World Socialist Website.

"No investigative journalism in my lifetime can equal the importance of what WikiLeaks has done in calling rapacious power to account," said Pilger. "It is as if a one-way moral screen has been pushed back to expose the imperialism of liberal democracies: the commitment to endless warfare and the division and degradation of 'unworthy' lives: from Grenfell Tower to Gaza."

Pilger said that the American government hatched a secret plan in 2008 to "destroy" both WikiLeaks and Assange. Pilger said a top-secret document from the Cyber Counterintelligence Assessments branch of the US Defense Department "described in detail how important it was to destroy the 'feeling of trust' that is WikiLeaks' 'center of gravity.'"

"This would be achieved, they wrote, with threats of exposure and criminal prosecution and an unrelenting assault on reputation. The aim was to silence and criminalize WikiLeaks and its editor and publisher. It was as if they plan the war on a single human being and on the very principle of freedom of speech," Pilger said.

He continued, "Their main weapon would be personal smear. Their shock troops would be enlisted in the media --- those who are meant to keep the record straight and tell us the truth. The irony is that no one told these journalists what to do. I call them Vichy journalists --- after the Vichy government that served and enabled the German occupation of wartime France."

Pilger had previously criticized the left in both Britain and the United States by not standing in support of the Assange. In a statement delivered by Dennis Bernstein to the Left Forum in New York in early June at a panel entitled "Russia-gate and WikiLeaks," Pilger decried the silence of many on the left.

Reginald Johnson is a free-lance writer based in Bridgeport, Ct. His work has appeared in The New York Times, BBC-Online, the Connecticut Post, his web magazine, The Pequonnock, and Reading Between the Lines, a web magazine affiliated with the (more...)
Related Topic(s): Assange; Corruption; Defending Julian Assange; Espionage; Freedom Of Speech; Intelligence; Julian Assange; Pilger; Protest; Whistleblower; (more...) Wikileaks, Add Tags  (less...)
Add to My Group(s)
Go To Commenting
The views expressed herein are the sole responsibility of the author and do not necessarily reflect those of this website or its editors.