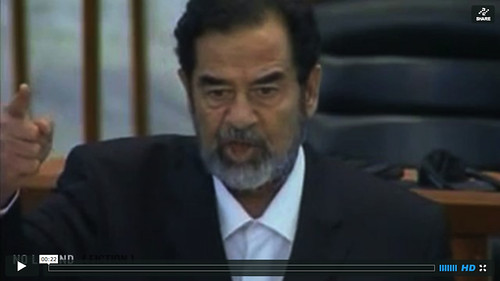 Do I hear an echo?

The administration of President Donald Trump announced that it would be expelling 60 Russian diplomats from the United States due to the charges made by its long-time ally the United Kingdom that Russia was responsible for the poisoning of a former Russian spy-turned British double agent and his daughter, in Salisbury, England recently.

"It looks like" Russia was behind the poisoning, Trump told reporters. The alleged attack, Trump said, "is something that should never, ever happen."

Britain and other countries in the European Union, Canada and Ukraine also expelled dozens more Russian diplomats based on the charge of Russian complicity in the incident, in which a nerve agent was allegedly used to contaminate Sergei Skripal and his daughter, Yulia.

Russia has now retaliated by expelling 60 American diplomats and closing the US Consulate in St. Petersburg.

The diplomatic expulsions have worsened relations between the United States and Russia, relations which were already strained due to sanctions previously slapped on Russia in connection with Russian alleged interference in the 2016 U.S. election and so-called wrongdoing by Russia in Ukraine.

But there's a big problem with the poisoning story: there is no solid proof that the Russian government was actually behind the chemical attack. There is only a claim by UK government officials that the Russians were behind the crime, simply because, in their words, the chemical agent found in the victims "was of a type developed by Russia." That's it. There's been no further details or supporting evidence given.

The British "analysis" was done by officials at Porton Down, the biochemical warfare facility dedicated to developing weapons of mass destruction, which is located only 10 miles from Salisbury.

The Russian government has vigorously denied the UK claims. The Russians have repeatedly requested that samples of the nerve agent be given to them so they can examine the substance and respond to the charges. But the samples have not been provided.

In refusing to provide the material to the Russians for inspection, the UK government of Prime Minister Theresa May is violating the terms of the Chemical Weapons Treaty. It is also denying due process to Russia. It is standard legal practice in the United States the UK and other Western countries, not to mention most countries around the world, that if some person, some institution or some country is accused of committing a crime, they or their counsel have a right to examine the evidence that forms the basis of the charges that have been leveled against them. They can then raise questions if necessary, and contest the charges.

But this right has not been given to Russia. Apparently, the principles of due process and presumption of innocence mean nothing when it comes to charges against Russia.

Any accusation, any wild accusation, suddenly becomes verified fact if Russia is the named culprit. If there's some vague link that Russia is behind a terrible event, forget about a careful gathering of evidence, just assume Russia did it.

This is a mockery of justice.

Reginald Johnson is a free-lance writer based in Bridgeport, Ct. His work has appeared in The New York Times, BBC-Online, the Connecticut Post, his web magazine, The Pequonnock, and Reading Between the Lines, a web magazine affiliated with the (more...)
Related Topic(s): Donald Trump; Evidence; Intervention; Pilger; Propaganda; Russia Bashing; Sanctions; Vladimir Putin; War; War With Russia; (more...) Weapons, Add Tags  (less...)
Add to My Group(s)
Go To Commenting
The views expressed herein are the sole responsibility of the author and do not necessarily reflect those of this website or its editors.