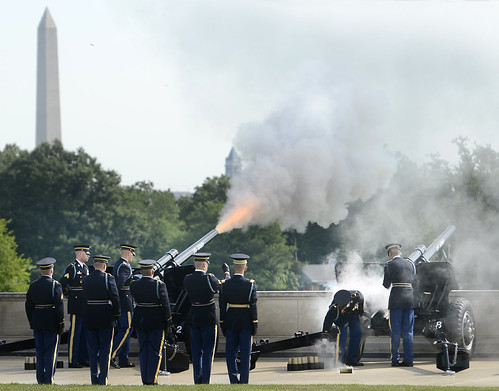 But where Democrats keep falling down is on the question of whether to cut the bloated military budget. Many, including presidential candidates, vacillate on this crucial issue. They talk of possible cuts, but don't take a strong public stand. They sidestep critical votes. Others actually support massive increases in the war budget, and back President Trump's outlandish increases in Pentagon spending.

Senate Democrats recently gave strong support for a record $738 billion defense budget outline, backed by President Trump. Democrats voted 38-5 for the plan, which won passage in the Senate. Self-described "Democratic Socialist" presidential candidate Bernie Sanders said previously he would vote against the budget, but did not bother to return to D.C. to actually cast a vote against it. Candidates Elizabeth Warren, Cory Booker and Kamala Harris also were absent for the vote on the bill.

Why didn't they go back to Washington, blast this wildly excessive budget and cast their votes in opposition? These people are going around the country demanding that we rebuild our infrastructure, invest in education, fund health care and build more affordable housing. They denounce Trump for not addressing critical social needs. But the huge amount of spending on the military siphons billions of dollars away from funding domestic programs. In fact, the massive outlays for the military year in and year out make it impossible for domestic needs to be adequately addressed.

People like Sanders and Warren have to know this fact. But apparently, out of fear they'll be labeled as "weak" on national security or afraid they'll lose votes and contributions from defense contractors and their workers, they hedge on the issue of cutting the military budget.

In some cases, major figures in the party, either running for president or leading the charge to get Trump removed from office, are in fact voting in favor of Trump's reprehensible military-spending plan. Presidential candidate Kirsten Gillibrand, for instance, voted in favor of the Trump budget.

And freshman Congress Member Alexandria Ocasio-Cortez, who has been in the headlines continuously for the past year -- condemning Trump's immigration policies and calling for the president's impeachment -- voted for the Trump war budget, which passed the House overwhelmingly. Apparently she doesn't care enough to vote "no" on this obscene budget, even though it steals money from domestic needs like education and housing, which are vitally important to the constituents in her mostly poor Bronx-Queens district.

You expect Republicans to go along with sky-high 'defense' spending proposals, year in and year out. You wouldn't think Democrats would be so supportive.

But they are, and this support undermines the pledge by Democrats they will create a government that is more compassionate and addresses domestic needs.

Democrats have to overcome this contradiction, otherwise they cannot continue to claim they are "the party of the people."

The U.S. military budget is by far and away the largest of any country in the world. In fact, American defense spending exceeds the combined total military spending by the next seven countries on the list of the top military spenders.

Russia -- often referred to in the American press as a dangerous "enemy" with malevolent intentions towards the U.S. -- has a military budget of about $70 billion, based on 2017-18 figures from the Stockholm International Peace Research Institute.

Our military budget should be cut by at least 30 percent. There won't be the slightest fall-off in U.S. security.

Reginald Johnson is a free-lance writer based in Bridgeport, Ct. His work has appeared in The New York Times, BBC-Online, the Connecticut Post, his web magazine, The Pequonnock, and Reading Between the Lines, a web magazine affiliated with the (more...)
Related Topic(s): Budgets Funding; Democrats; Education; Health; Infrastructure; Military Budget; Military Spending; Military-industrial Complex; Pentagon; Social Safety Net; (more...) Trump, Add Tags  (less...)
Add to My Group(s)
Go To Commenting
The views expressed herein are the sole responsibility of the author and do not necessarily reflect those of this website or its editors.