Not since the Civil War have political leaders engaged in such treachery. 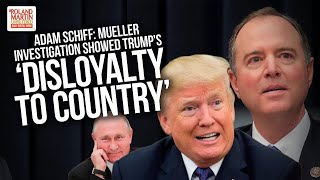 Not since the Civil War -- when leaders responsible for the enslavement and brutalization of millions of Americans sought to destroy the United States and took military action that resulted in the violent deaths of hundreds of thousands of citizens -- has a group of politicians so profoundly betrayed the republic. And this band -- Donald Trump and GOP officials -- has done so on two fronts simultaneously. They have failed to respond effectively to a pair of immense threats: a pandemic that has claimed the lives of close to 200,000 Americans, and a foreign attack on the political foundation of the country. What exacerbates this double tragedy is that Trump and his Republican supporters have done so purposefully. This has been no accident or act of unintentional incompetence. In each case, they sacrificed the public interest -- including the well-being and the lives of millions of Americans -- to serve their own interests. Trump and his crew have forsaken the United States of America.

It can be easy to lose sight of this big picture, as headlines explode every hour within a political media world cursed by tribalized partisan divisions. There already exists more than enough information to support such an extreme-sounding verdict. But evidence piles up each day -- perhaps coming so fast as to overwhelm. The latest revelation (as I write) regarding Trump and the coronavirus crisis is that he told reporter Bob Woodward in March, "I wanted to always play it down." Here is confirmation of what Americans had repeatedly seen with their own eyes for months: Trump lied about the dangers posed by this killer virus. And those lies, mostly unchallenged by his Republican allies and largely echoed by conservative media propagandists, shaped the ineffectual federal response and influenced how millions of Americans viewed the risks posed by the pandemic. One example: sticking with this big lie, Trump, who in early February privately told Woodward that the virus was airborne, refused to encourage mask-wearing. It's likely that thousands -- or tens of thousands -- have died due to this.

Trump now claims he did not want to spark a panic. That is clearly another lie. This man relishes in causing panic when it doesn't exist: the immigrant caravan, antifa, the end of the suburbs. He downplayed the pandemic because in his misguided political calculation he believed such bad news would harm his election prospects. (Actually, doing his job well in response to this crisis would have been a damn good electoral strategy. But that did not seem to occur to Trump.) So he tossed out bullshit while Americans were perishing and the economy was crashing. He abandoned his solemn duty to protect the citizenry instead holding rallies, focusing on his TV ratings, and dismissing (and promoting disinformation about) the gravest threat to the nation in decades. All through his me-first dance of denial, Republicans stood by Trump. They cheered him on at Tulsa. They watched as he led the nation toward calamity and death. They accepted this; they enabled it all. Trump endangered the nation, and they were just fine with that.

Now the public has confirmation -- from Trump!that he wantonly neglected his number-one job: to safeguard the United States.

Trump has done the same with Russia. It may seem like an old story by now, but Trump's colossal betrayal has never fully registered. By the end of the 2016 campaign, it was clear that Vladimir Putin had mounted a covert attack on the election to help Trump and that Trump and his henchmen had aided and abetted that operation by falsely denying Russia was behind it. In the time since -- due to media investigation and the Mueller inquiry -- the public learned that the Trump campaign tried to collude with a secret Kremlin plot to assist Trump; that Trump had been secretly negotiating a mega-deal in Russia during the campaign (and seeking Putin's assistance); that there were multiple contacts between Trump campaign officials and Russia-related actors; and that Trump actively sought to exploit the Russian attack for his own benefit. For years, it has been known that Trump lied about much of this, and he has openly refused to hold Putin responsible for undermining American democracy. Ever sensitive about his electoral victory being tainted, Trump has continued to parrot Moscow's we-didn't-do-it disinformation and embraced bizarre and baseless conspiracy theories that absolve Putin, including the nonsensical notion that Ukraine had mounted the attack and was hiding Democratic Party computer servers.

This is another blatant abandonment of his responsibility as commander in chief. The United States was attacked, and Trump sided with the enemy and did nothing. Worse, his comrades in the Republican Party and right-wing media have covered for him (and, in a way, for Putin). They act as an amen choir for Trump's claim that the Russia story is a "hoax." They do his dirty work in attempting to divert attention from the Russian attack and the Trump campaign's role to other matters: the FBI's mishandling of a surveillance warrant, the unfounded charge that the Obama administration spied on Trump, the Moscow-generated propaganda that Ukraine, not Russia, was somehow the culprit. And they do this even as evidence emerges that Russia is aiming for a repeat in 2020, intervening in the election once more to assist Trump.

There has long been bountiful proof for this awful story of appalling betrayal. But -- there's more. The evidence keeps coming. A few weeks ago, the Senate Intelligence Committee (which is run by Republicans) released a report (endorsed by Republicans) that confirmed the story to date: Russia attacked in 2016 to boost Trump, and the Trump camp assisted and exploited this assault. But it went further, disclosing that Trump's campaign manager, Paul Manafort, colluded during the election with a Russian intelligence official who was possibly tied to the Kremlin's hack-and-leak operation that targeted Democrats and Hillary Clinton's campaign. It reported that Trump tried to use Roger Stone as a back channel to WikiLeaks while WikiLeaks was part of the Russian plot, and that Trump likely lied to special counsel Robert Mueller when he said he had no recollection of this. The report pointed out that Trump and his Republican allies have been advancing Russian disinformation.

The report fully backed up the Mueller report and the 2017 assessment by the intelligence community that Putin had intervened in 2016 to aid Trump. It undermined Trump's claims of "hoax" and "no collusion." (What else do you call secret meetings and encrypted communications between a campaign manager and an officer of the intelligence agency of a foreign adversary?) It thoroughly undercut right-wing claims -- which Attorney General Bill Barr has been trying to bolster -- that there was no good reason for the FBI in 2016 to open an investigation of contacts between Trumpers and Russia. Yet Republicans uttered practically nothing about the main findings. Instead, when the report was released, Sen. Marco Rubio (R-Fla.), the acting chair of the committee, focused on the FBI's problem-ridden surveillance warrant for Carter Page, a former Trump campaign foreign policy adviser whose 2016 visit to Moscow has still not been fully explained.

The Senate Intelligence Committee report depicts Trump covering up for Putin and exploiting an attack on the United States. It shows him placing his own priorities far above the welfare of the country. This is indisputable. Still, his defenders will point to the sky and insist it is purple. They are all in it together: placing the nation in jeopardy for partisan and personal gain. This is treasonous behavior.

On Wednesday, yet another explosive data point hit. The House Intelligence Committee released a whistleblower complaint filed by Brian Murphy, a top official at the Department of Homeland Security who until last month ran its Office of Intelligence and Analysis. Murphy says he was ordered by Chad Wolf, the agency's acting secretary, to stop providing intelligence assessments on Russia's ongoing interference in the 2020 election and instead focus on China and Iran. Murphy notes Wolf told him this command came from Trump's national security adviser, Robert O'Brien. So here's a credible allegation that lines up with other accounts of the Trump White House seeking to ignore, dismiss, or hide intelligence related to Moscow's current attempts to sabotage an American election to help Trump. (Murphy also notes that he was pressured to produce intelligence falsely stating that large numbers of suspected terrorists were crossing the southern border into the United States and to lowball intelligence on the domestic threat posed by white supremacists and pump up the possibility of violence from "left-wing" groups. He says he resisted these efforts.)

David Corn is  Mother Jones ' Washington bureau chief. For more of his stories,  click here . He's also  on  Twitter  and  Facebook .  RSS  |  TWITTER  David is (more...)
Related Topic(s): Russia; Trump Against Democracy; Trump And Putin; Trump Crime, Add Tags
Add to My Group(s)
Go To Commenting
The views expressed herein are the sole responsibility of the author and do not necessarily reflect those of this website or its editors.