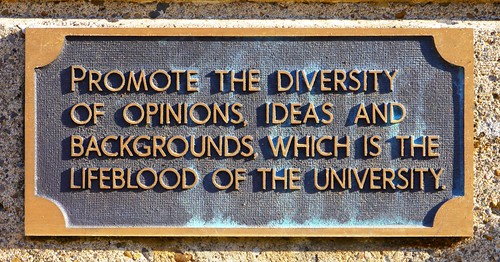 We live in interesting times.

We may not stop too often to consider it, but as we speak we are at the mercy of a global pandemic the likes of which the world has not seen in a hundred years.

We spent the past four years flirting with fascism after an anachronistic constitutional loophole elevated to the nation's highest office a political neophyte with a soft spot for white supremacists.

Hate crimes are at their highest in ten years.

Income inequality is at its worst in decades, and growing.

The Republican party has become a haven for racists, xenophobes, homophobes, gun nuts, oligarchs, the ultra rich, and anti-choice so-called "Christians" on a crusade to circumvent democracy.

The Democratic party is beginning --finally--to expand its progressive base, leading to heretofore "fringe" issues like single-payer healthcare, student loan debt forgiveness, raising the minimum wage, and tuition-free college being elevated to the mainstream platform.

Social unrest hasn't been this bad in half a century, reaching a tipping point this summer amid protests over the police murders of unarmed African Americans George Floyd, Breonna Taylor, and Jacob Blake, motivating states to form police reform oversight boards.

Change is indeed in the air.

And the state of Connecticut has become the first in the nation to embrace it at the most fundamental level--its schools.

Lamont stated in a press release:

"Increasing the diversity of what we teach is critical to providing students with a better understanding of who we are as a society and where we are going. Adding this course in our high schools will be an enormous benefit not only to our Black and Latino students, but to students of all backgrounds because everyone can benefit from these studies. This is a step that is long overdue, and I applaud the work of the General Assembly, State Board of Education, and everyone at the state Education Resource Center whose collaborative work helped get this done."

Related Topic(s): Diversity; Diversity; Education; High School; Hispanic; School; Schools; Students, Add Tags
Add to My Group(s)
Go To Commenting
The views expressed herein are the sole responsibility of the author and do not necessarily reflect those of this website or its editors.