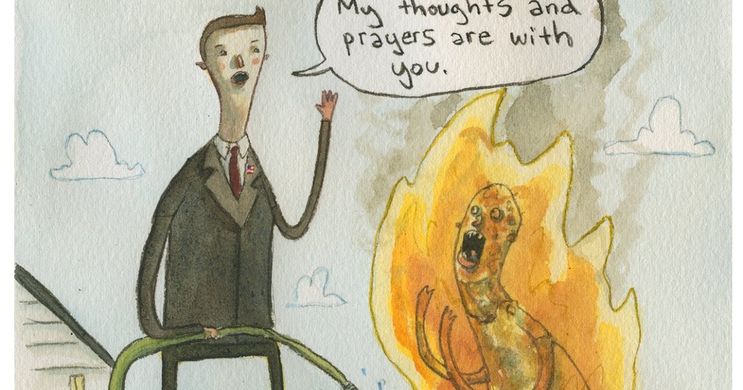 That's how many mass shootings there have been in America in those 153 days.

On Friday Virginia Beach surpassed in infamy Virginia Tech, Newtown, Orlando, Las Vegas, Sutherland Springs, Parkland, Aurora, and Pittsburgh for being the setting of the deadliest mass shooting this year in the United States.

Although statistically mass shootings constitute a fraction of America's more than 32,000 firearm deaths every year, the U.S. outpaces other developed countries in gun deaths.

The U.S. comprises about 4.4 percent of the global population but has 42 percent of the world's civilian-owned guns. Empirical research proves settings where more guns are present increases the likelihood gun violence will ensue.

"It's not just mass shootings... on sidewalks and playgrounds and people's backyards. It's happening family by family across the country. And it doesn't get the same headlines. And that is wrong."

New Jersey Senator Cory Booker already has a comprehensive plan for gun-control reform that includes licensing reform and a ban on assault weapons and high-capacity magazines.

Speaking to CNN's State of the Union on Sunday, he said:

"We are not helpless to stop this. This is a uniquely American problem. We have carnage in our country that no other nation sees."

"This idea that we are helpless to stop this, evidence points differently. We know that... licensing like Connecticut did, dropped gun violence in their state by 40%, suicides by 15%. We've allowed the debate to be framed by the corporate gun lobby which has... eroded common sense... enough is enough. We can do things about this problem. We know it. The only thing lacking seems to be a sense of moral urgency. But unfortunately after what happened in Virginia Beach, you see that growing."

Related Topic(s): Assault; Blame; Democrats; Guns; McConnell-Mitch; Reform; Shooting; Violence; Weapons, Add Tags
Add to My Group(s)
Go To Commenting
The views expressed herein are the sole responsibility of the author and do not necessarily reflect those of this website or its editors.