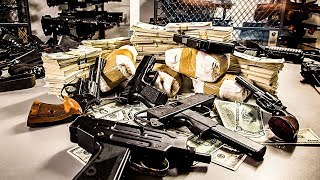 Defense Contractors Are Making More Money Than Ever Before
(Image by YouTube, Channel: The Ring of Fire)   Details   DMCA

The prospect of war with Iran is terrifying.

Experts predict as many as a million people could die if the current tensions lead to a full-blown war. Millions more would become refugees across the Middle East, while working families across the U.S. would bear the brunt of our casualties.

But there is one set of people who stand to benefit from the escalation of the conflict: CEOs of major U.S. military contractors.

Musician
Related Topic(s): Money And Power; Money Buys Power; War Profiteers - Ing, Add Tags
Add to My Group(s)
Go To Commenting
The views expressed herein are the sole responsibility of the author and do not necessarily reflect those of this website or its editors.

Congress: War Profiteering Is Real. We Need To End It.