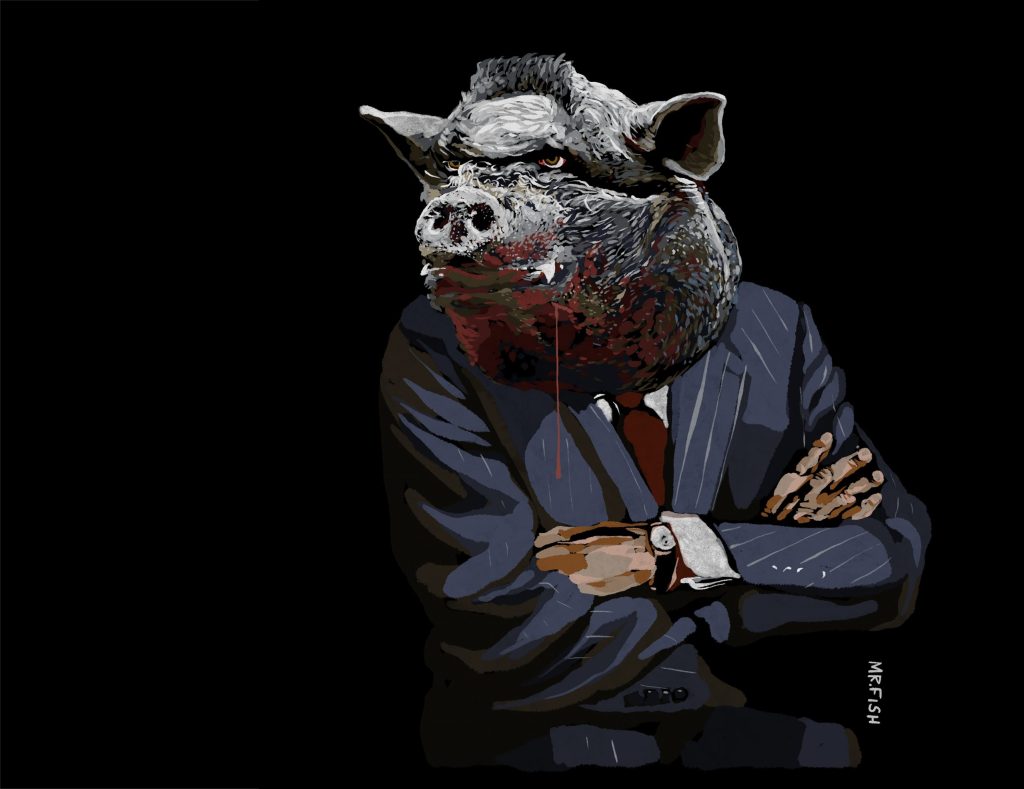 The 2 million deaths that have resulted from the ruling elites' mishandling of the global pandemic will be dwarfed by what is to follow. The global catastrophe that awaits us, already baked into the ecosystem from the failure to curb the use of fossil fuels and animal agriculture, presage new, deadlier pandemics, mass migrations of billions of desperate people, plummeting crop yields, mass starvation and systems collapse.

The facts are incontrovertible. Each of the last four decades have been hotter than the last. In 2018, the UN International Panel on Climate Change released a special report on the systemic effects of a 1.5 degrees Celsius (2.7 degrees Fahrenheit) rise in temperatures. It makes for very grim reading. Soaring temperature rises we are already at a 1.2 degrees Celsius (2.16 degrees Fahrenheit) above preindustrial levels are already baked into the system, meaning that even if we stopped all carbon emission today, we still face catastrophe.

Anything above a temperature rise of 1.5 degrees Celsius will render the earth unhabitable. The Arctic ice along with the Greenland ice sheet are now expected to melt regardless of how much we reduce carbon emissions. A 7-meter (23-foot) rise in sea level, which is what will take place once the ice is gone, means every town and city on a coast at sea level will have to be evacuated.

Roger Hallam, the co-founder of Extinction Rebellion, whose nonviolent acts of mass civil disobedience offer the last, best chance to save ourselves, lays it out in this video:

As the climate crisis worsens, the political constrictions will tighten, making public resistance difficult. We do not live, yet, in the brutal Orwellian state that appears on the horizon, one where all dissidents will suffer the fate of Julian Assange. But this Orwellian state is not far away. This makes it imperative that we act now.

The ruling elites, despite the accelerating and tangible ecological collapse, mollify us, either by meaningless gestures or denial. They are the architects of social murder.

Social murder, as Friedrich Engels noted in his 1845 book The Condition of the Working-Class in England, one of the most important works of social history, is built into the capitalist system. The ruling elites, Engels writes, those that hold "social and political control," were aware that the harsh working and living conditions during the Industrial Revolution doomed workers to "an early and unnatural death:"

"When one individual inflicts bodily injury upon another such that death results, we call the deed manslaughter; when the assailant knew in advance that the injury would be fatal, we call his deed murder. But when society places hundreds of proletarians in such a position that they inevitably meet a too early and an unnatural death, one which is quite as much a death by violence as that by the sword or bullet; when it deprives thousands of the necessaries of life, places them under conditions in which they cannot live forces them, through the strong arm of the law, to remain in such conditions until that death ensues which is the inevitable consequence knows that these thousands of victims must perish, and yet permits these conditions to remain, its deed is murder just as surely as the deed of the single individual; disguised, malicious murder, murder against which none can defend himself, which does not seem what it is, because no man sees the murderer, because the death of the victim seems a natural one, since the offence is more one of omission than of commission. But murder it remains."

The ruling class devotes tremendous resources to mask this social murder. They control the narrative in the press. They falsify science and data, as the fossil fuel industry has done for decades. They set up committees, commissions and international bodies, such as UN climate summits, to pretend to address the problem. Or they deny, despite the dramatically changing weather patterns, that the problem even exists.

Scientists have long warned that as global temperatures rise, increasing precipitation and heat waves in many parts of the world, infectious diseases spread by animals will plague populations year-round and expand into northern regions.

Related Topic(s): Chris Hedges; Holocaust; Military; Orwellian; Pandemic; Rebellion; Slaughter; Social Darwinism; Socialist Organizer, Add Tags
Add to My Group(s)
Go To Commenting
The views expressed herein are the sole responsibility of the author and do not necessarily reflect those of this website or its editors.