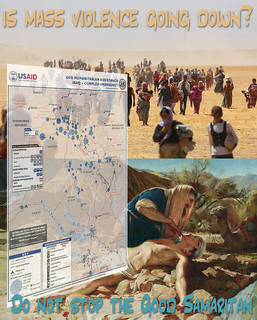 Since time immemorial all the Kurds have ever wanted is to free their country of its occupiers, and for nearly forty years large numbers of PKK (Kurdistan Worker's Party) members have fought to liberate their people from 2500 years of oppression. A state of war has existed between the Kurdish people and the government of Turkey since 1984, even though imprisoned Kurdish leader Abdullah Ocalan has attempted to bring about peace in eastern Turkey many times. Armed with his teachings, the Kurdish people

(Image by public)   Details   DMCA
have faced off against NATO member countries and the Persians, Arabs and Turks who have aided Turkey in its conflict with their revolution by appropriating Kurdish oil wealth in Iran, Iraq, Syria and other Arab countries.

However the Turkish government's responses to the Kurds' struggle have only served to sow seeds of resistance deeper into the soil they are claiming. No matter what the location, millions of Kurds have flocked to join one of the three subsidiary PKK style political parties founded in occupied Kurdistan. Using Ocalan's Democratic Confederalist blueprint, the PJAK (Free Life Party) in Iran, the PYD (Democratic Union Party) in Syria and the PCDK (Kurdish Democratic Solutions Party) in Iraq have each created political and military organisations capable of conducting all levels of civil and government business and protecting the people

(Image by public)   Details   DMCA
from aggressors. Indeed, the majority of Kurds are now organized and ready to implement Ocalan's form of government.

(Image by public)   Details   DMCA
failure to adequately address the peace process has also increased the PKK's readiness to fight the Turkish occupying forces on every front. In spite of the killing, torture, imprisonment, humiliation and other abuses of the Kurdish people including the burning of villages, the displacement of millions of Kurdish people and the kidnapping of their leader Abdullah Ocalan, the resolve of the Kurdish people to affect revolution has not diminished. Day by day the numbers of PKK members' increases, as does the ratio of Turkish economic losses to the amount of wealth it has stolen from the Kurdish people.


Moreover, when the Syrian civil war began in the early spring of 2011, the Kurds seized a long awaited opportunity to organize their defenses against the Arabs' infighting by forming the YPG forces the under the leadership of the PYD. However, Prime Minister Recep Tayyip Erdogen of Turkey and President Massoud Barzani of the Kurdistan Regional Government of Iraq (KRG) perceived the move as against their interests. While the Islamic Prime Minister of Turkey feared the increase of Kurdish forces in Syria would provide significant support for PKK forces in Turkey, Barzani regarded the growth of the PYD and the YPG in Syria as a threat to his family's corrupt control of Iraqi South Kurdistan.

Consequently, both leaders decided to help Islamists and other Syrian Kurds fight YPG forces loyal to the PYD leadership and Abdullah Ocalan. In an effort to eliminate the YPG forces in Rojava, otherwise known as Kurdish Syria, for over two years Erdogen and Barzani used tactics such as feeding jihadists into the region through Turkey's airports, and digging ditches to prevent besieged civilian movement. When these failed, they began arming the Islamic terrorist organization ISIS and its partner the al-Nusra Front against the YPG, but after unsuccessfully attempting to eliminate the Kurdish revolutionary forces, the jihadist organisations split.

Once the Islamic terrorists had declared their State (IS), Barzani was very happy to deal with them in the hope that they would eliminate the YPG forces of Rojava. Teaming again with the Prime Minister of Turkey, in June 2014 Barzani helped ISIS forces take over a large part of northern and western Iraq. But his sacrifice of non-Muslim Yazidi Kurds during the process on Aug, 3 2014 backfired, worsening his family's already severely tarnished reputation. With Kurdish opinion swinging more heavily in favor of the PKK, thousands joined it as well as PJAK, PYD and the PCDK to fight IS terrorists in defence of Kurdish religious and other minorities. Also in the process, the murder of Yazidi men and the abduction of a large number of Yazidi women and girls to be used as sex slaves or sold to Arabs as slaves alerted more Kurds to the traitorous activities of the Barzani family. The Kurdish people

(Image by public)   Details   DMCA
now recognize more than ever that their best hope for liberation is the PKK, whose forces are the only ones capable of really protecting them in Turkey, Syria, Iran and Iraq.

These events have also outlined the situation of the Kurds much more clearly to the US Government and the European Union (EU), both of which are realizing that the continued denial of the Kurdish peoples' right

(Image by public)   Details   DMCA
to choose their own leader, who would be Abdullah Ocalan, will be difficult to sustain. Calls for his release and the removal of the PKK from the terrorist list of signature countries are mounting.

In the face of daily expanding ISIS onslaughts in Iraq, by far the best alternative response for the US, the EU and the free world is to arm the PKK forces in Iraq and Syria to fight the Islamic State (IS) terrorist organization. A seasoned guerrilla force, the Kurdish PKK has the expertise, the ideological preparation and the stability needed to defeat the out-of -control Sunni extremists, whereas Massoud Barzani's disarming of Yazidi and other Kurds of Singal and the withdrawal of his forces that left them unprotected in the face of merciless ISIS attacks clearly disqualify him from any type of Kurdish leadership. They have shown the world that he is far too embroiled in corruption to lead his Peshmerga forces to any kind of victory over IS.

CNN Video on ISIS or Islamic State (IS)

Related Topic(s): Iraq; Kurd; Men; Murder; Regional; Revolution; Sex; Turkeys; Withdrawal; Women, Add Tags
Add to My Group(s)
Go To Commenting
The views expressed herein are the sole responsibility of the author and do not necessarily reflect those of this website or its editors.