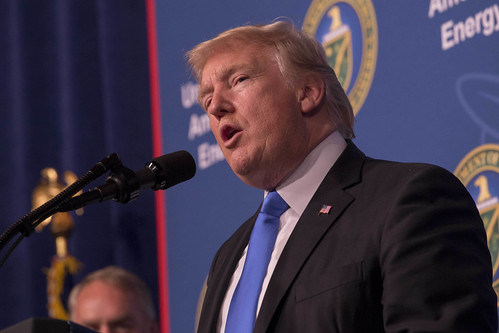 After President Donald Trump's unhinged performance at a Phoenix rally on Tuesday night, former Director of National Intelligence James Clapper made a stunning statement: "I really question his ability to be -- his fitness to be in this office." Clapper, who is generally measured and nonpartisan, then said he was worried about Trump's control of the US nuclear arsenal. "[If] in a fit of pique he decides to do something about Kim Jong Un, there's actually very little to stop him," he said. "The whole [nuclear weapons] system is built to ensure rapid response if necessary. So there's very little in the way of controls over exercising a nuclear option, which is pretty damn scary."

No senior intelligence community veteran has ever publicly questioned the mental health of a president and suggested the sitting commander-in-chief was too imbalanced to be trusted with the nuclear codes. Clapper's remarks were a stark reminder that Trump does hold the ultimate power. At any given moment, for any given reason -- or for no reason -- the president of the United States can launch nuclear weapons and destroy much, if not all, of the planet and human civilization.

"People don't believe it when you tell them that the president can do this," says Joe Cirincione, the president of the Ploughshares Fund and a nonproliferation expert. "Whenever he wants. For whatever reason he wants. They think that is just too crazy to be true. But it is true. We have a nuclear monarchy. It is most consequential act any president can take, and it is the least democratic process in our entire government."

But is the world truly at the mercy of Trump and his psyche? Missiles do start flying immediately after the president gives the command, but is there no outside-the-box method of stopping an off-kilter president from impetuously waging nuclear war? Could Defense Secretary James Mattis block such an order? Could White House chief of staff John Kelly tell the military not to follow it?

David Corn is  Mother Jones ' Washington bureau chief. For more of his stories,  click here . He's also  on  Twitter  and  Facebook .  RSS  |  TWITTER  David is (more...)
Related Topic(s): Nuclear Attack; Nuclear Weapons; Trump Mental State, Add Tags
Add to My Group(s)
Go To Commenting
The views expressed herein are the sole responsibility of the author and do not necessarily reflect those of this website or its editors.