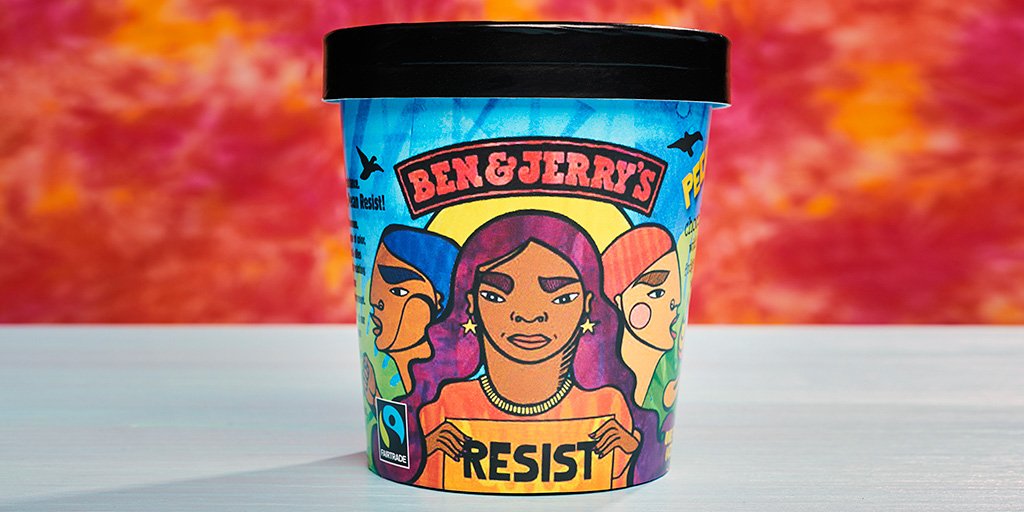 The ice cream company Ben & Jerry's recently announced that they were going to stop doing business in the Israeli Occupied Palestinian West Bank and in Palestinian East Jerusalem. Predictably, this greatly angered many pro-Israel people and organizations. US politicians who are largely beholden to the powerful Israel lobby, have, in at least 35 US states, passed laws punishing their citizens who decide to exercise their right of free speech by boycotting the Jewish state of Israel. Florida and Texas announced they are looking into blacklisting Ben & Jerry's and its parent company Unilever for deciding not to do business in the illegally and brutally occupied Palestinian West Bank and Palestinian East Jerusalem.

Not enough people are aware of a very lucrative religious scam, the kosher scam, in which rabbis and other religious Jews charge companies for putting a kosher mark on their products. (Here is a link to the World Union of Deists' page about this religious scam. The page is still being updated and will also have information about the similar Muslim religious scam called halal.) Ben & Jerry's have been paying the kosher company Kof-K to use its kosher mark/hechsher. After Ben & Jerry's announced its decision to stop doing business in the illegally occupied Palestinian areas, Kof-K is considering canceling its contract with Ben & Jerry's.

One person quoted in this article about Kof-K possibly removing its kosher certification of Ben & Jerry's products said, "If that were to happen, the company will probably scramble to find some third-rate kosher certifier as a fig leaf showing that, despite their anti-Jewish boycott, they somehow care about Jews."

The idea that people who are opposed to Israel's cruel and illegal and expanding occupation of Palestinian land are anti-Jewish is nonsense. You can oppose oppression of the Palestinian people by the Jewish state of Israel while not being against Jewish people. In fact, as the linked to article points out, there are some Jewish organizations that are opposed to the Hebrew Bible/Old Testament-based Israeli occupation of Palestine and who are encouraging people to buy Ben & Jerry's ice cream.

People, like Deists, who want to get at the root of a problem, are opposed to Judaism, not Jewish people, because Judaism promotes the lie found at Genesis 15:18 that God gave all of that land, plus much more land, to the Jews for the Jewish state of Israel, and that God chose the Jews "above all people that are upon the face of the earth" (Deuteronomy 7:6). These superstitious/religious beliefs prevent peace between Jews and Gentile Palestinians, and it prevents Israel from taking the important sage advice of Albert Einstein who wrote regarding Israel, "Should we be unable to find a way to honest cooperation and honest pacts with the Arabs, then we have learned absolutely nothing during our 2,000 years of suffering and deserve all that will come to us."

"For me the Jewish religion like all other religions is an incarnation of the most childish superstition. And the Jewish people to whom I gladly belong ... have no different quality for me than all other people. As far as my experience goes, they are also no better than other human groups, although they are protected from the worst cancers by a lack of power. Otherwise I cannot see anything "chosen" about them." (Sadly, now that Israel is a nuclear power, we see it is the bully of the Middle East. Israel has the power and uses/abuses that power to take what does not belong to it in regards to Palestinian lands. It exhibits "the worst cancers" by its abuse of Palestinian people and acts of state terror such as the murder of the American activist Rachel Corrie and the persecution of the Jewish man who warned the world about Israel's growing nuclear arsenal, Mordechai Vanunu.)

If a large enough number of people are reached with the Deistic idea that God gave them their innate reason and not any of the various "revealed" religions, our world will finally break free of the mental and spiritual chains put on us through the fear-based superstitions that are the "revealed" religions.

Bob Johnson is a paralegal and a freelance writer in Florida. He was raised Roman Catholic, but after reading Thomas Paine's The Age of Reason, he became a Deist. In 1993 he founded the World Union of Deists and in 1996 he launched the first web (more...)
Related Topic(s): Einstein; Jewish; Palestinian; Palestinian State; People; People; Stop These Wars, Add Tags
Add to My Group(s)
Go To Commenting
The views expressed herein are the sole responsibility of the author and do not necessarily reflect those of this website or its editors.