Cued by the U.S. 1st Infantry Division's regimental diary, World War II ended for me on April 16, 1945. Early that Monday morning we were winkled out of our basement hospital bunker where my Wehrmacht nurse mother tended to severely wounded soldiers. The SS command post upstairs still had the last meal, pea soup, bubbling in a large pot on the kitchen stove. Capitulation had arrived for all, young or old.

Like everyone else outside every building in the village, my hands were firmly plastered on top of my head, back against the house wall. A white flag hung from the window. We had lived like moles and now blinked in the light. A soldier lay dead in the garden. "Don't look!" people said. One of the newly arrived troop passersby stopped, crossed the street to where I stood and motioned that I should put down my hands. My mother in her Red Cross uniform remained in place.

That was my first American sighting. In the following months and years I was among the noisy rabble of street urchins chasing GIs begging for gum, chocolate and cigarettes. In an economy that was temporarily out of cash (literally), cigarettes had unrivalled trade value. 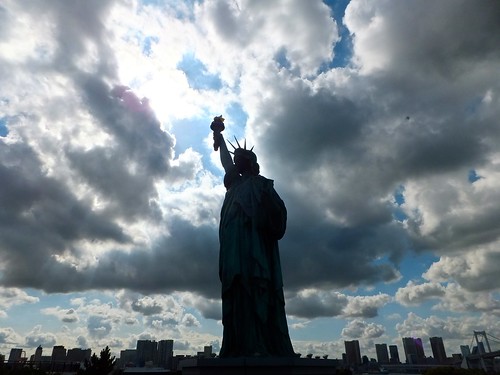 Through circumstances of war and its aftermath, a missing father, and no home to return to in Berlin, my mother met one of the Occupation soldiers, a corporal cook in Britain's Royal Air Force. They married and I went to live in England where the school yard instantly changed my name to "Nah-zee," as in "'Ere comes the Nah-zee, Get 'im!" One fine day at recess a kid picked up and threw a handful of gravel. In moments, the entire student body on the playground jumped in and began throwing gravel too at me, chanting "Nah-zee! Nah-zee! Nah-zee!" Teachers came at the gallop from all points to put a stop to it.

Britain at that time maintained a strict tribal caste system, with the sovereign on top and all others arranged in tiers below. Privilege and opportunity came at birth. An effort to rise above the disability of being born to a working-class family, with a working-class accent was rarely overcome. Winnowing began at the age of eleven, when a compulsory exam - the "Eleven-Plus" - determined a child's entire future. Pass, and get a foot in the door of a university education. Fail or falter, and the door shut tight. Consequences of Eleven-Plus failure were irrevocable.

English poet Helen Corke described these mise'rables thus: "Ye shall not be as princes. Ye shall be as dwarfs, driven by the whips of class and economics to labor, dwarfed mentally, emotionally, condemned to the mediocrity of social order into which your kind were born, to the petty routine of factory, office and schoolroom."

The Britain of the 1950s suffocated ambition.

England in particular and Europe generally had nothing to offer. Germany lay in ruins. It was America I wanted. America was an epic continent. The limitless horizon was more than a metaphor. You could take deep breaths in America. You could become anything in America. America was opportunity.

I applied for immigration a month after my 17th birthday, 17 being the youngest permissible age for unaccompanied immigration to the United States. I left to begin the seminal adventure of my life with no trace of regret or hesitation. An eon of yearning was over. I was off to America for the rest of my life. Bags packed. Steamship ticket in hand. The ship, a black-hulled and rusting freighter long in the tooth, looked small. Zoella Lykes lay dwarfed in the massive Liverpool docks. This was her last voyage and I was one of four passengers. We landed in the Port of Mobile, Alabama on May 16th, 1958.

To pay the passage, I had dropped out of Gloucester Technical College to work in the flourmills of Priday, Metford & Son.I was absolutely certain that my life in the United States, whatever it became, was bound to succeed. My immigrant's wealth amounted to less than $50. I possessed no driver's license and had zero knowledge of the American culture except what came from cliche'd movies.

Six years in the Army brought me citizenship and the GI Bill. What the Eleven-Plus and family peonage status denied me in England was swept to perdition by educational support I rode all the way to a doctorate, a life, five children, four grandchildren, no mortgage and a freckled Irish-Swedish bride of 40 years and counting.

Related Topic(s): Birthday; Citizenship; College; Culture; Family; Future; Golden Dawn; Immigrants; Motivation; Soldiers, Add Tags
Add to My Group(s)
Go To Commenting
The views expressed herein are the sole responsibility of the author and do not necessarily reflect those of this website or its editors.