The spectacle of young men and women returning from foreign wars mutilated and limbless, casualties of roadside improvised explosive devices (IEDs) is all too common in our time. Currently In the 80th year of World War II's European start (September, 1939) we might usefully remember unexploded devices of much greater power raining on civilian populations in unimaginable quantities. And how thousands of them failed to detonate on impact. And what happened next.

In the cocktail lounge of London's elegant Savoy Hotel in early 1942, a Royal Navy Volunteer Reserve lieutenant introduced himself to a group of reporters. "I'm an American, also" he told them. He watched a departing friend, a Royal Air Force fighter pilot, weave an unsteady path out of the room and mused quietly, "Get ashamed of myself every time I see those guys. Risk their lives every day. And me? I'm supposed to be a naval officer and they won't let me go to sea." Bum eyes." "What do you do now?" one of the reporters asked. The officer laughed. "Oh, they've got me on shore duty," he answered, "nursing these goddam land mines."

There was a long silence. The average life expectancy in this employment was seven weeks. By the spring of 1940 when the young lieutenant first set to work, Britain had over 2,000 unexploded bombs (UXBs). Disposal units were overwhelmed with assignments and attrition.

"Eyes went bad on me just after I finished at Annapolis," he explained. "I thought maybe they'd be good enough for the Royal Navy. They are for shore duty." The self-effacing officer was Draper Laurence Kauffman, a 1933 graduate of the U.S. Naval Academy. Refused a commission due to his less than 20/20 eyesight he went to work with the United States Line Steamship Company. 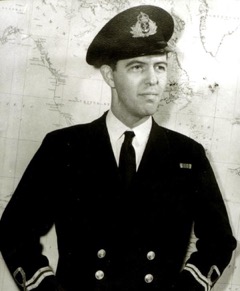 He detested fascism to the marrow and by March, 1940 was in the French Army with the American Volunteer Ambulance Corps. Gallantry earned him the Croix de Guerre. Overwhelmed by the sudden collapse of French Army resistance he took his worst triage cases to a German Army field hospital. After several round trips and with apologies from hospital staff, he was taken prisoner. He had not been a combatant and his country was neutral, Kauffman was paroled and dumped at the door of the U.S. Embassy in Paris.

He promptly made his way to Portugal and signed on as a pantryman aboard the SS Spiro, bound for the port of Methil, Scotland. The Royal Navy accepted Kauffman without hesitation.

A bomb that failed to detonate on impact in a nearby town killed every man in an Army disposal squad when their efforts to extract the fuse failed. When the Royal Navy asked its officer trainees - and with no other prospects in sight - Kauffman raised a reluctant hand.

The interviewing official started off by asking, "And are you frightfully keen for this type of duty?" Kauffman replied "No, sir'" and heaved a sigh of relief, for he thought that let him off the hook. But it turned out that that was the key question. Anyone who answered yes was crossed off the list immediately. The thought being that anybody who was crazy enough to be keen was too crazy to get it.

The Royal Navy retained responsibility for the disposal of all mines regardless of where they were found. In late November in Liverpool Kauffman found himself looking at a mine with its parachute tangled around the chimney of a house of ill repute. The mine, around eight feet long, rested its nose in the seat of an overstuffed chair. Decorative Christmas streamers had come loose and wrapped themselves around the casing.

In early January, 1941 an unexploded parachute mine landed on the railway lines. It was bitterly cold as he went to work. His hands lost their grip in the attempt to untwist the fuse. Instantly, the fuse mechanism started its audible countdown tick. Kauffman hurtled away as quickly as he knew how but the ensuing detonation blew him off his feet. He was told that when the bomb detonated he was right alongside a little tree and that "the tree and I left the ground simultaneously and landed together. I passed out."

Kauffman's performance earned him a commendation for "brave conduct and devotion to duty."

Two diffusings stayed in his memory. One was the disposal of an acoustic fuse where the slighted sound (a cough, a wrench knocking a bolt) would set off the detonation. Unscrewing the fuse was done a 1/4 turn at a time, followed by three minutes of waiting. Each quarter turn was reported by telephone in order to record the number of turns. If the UXB exploded killing the officer, the next man faced with a similar defusing would know how much progress had been achieved before detonation. It was slow, nerve-wracking work.

The other "unforgettable" was "The George," in the summer of 1941 and it was his last job in England. The George was a nasty trick on a 1,000-kilogram bomb that had been dropped without a parachute, and Kauffman at first could find no obvious fuse. He worked in complete darkness.

"By carefully and very gently feeling around, I came across a wire and snipped it. I distinctly remember that in at least two cases I cut a wire twice, since I couldn't see." The four hours it took to do the work "seemed like 40 hours." The fuse was specifically designed to kill people like Kauffman. Detonation was triggered by light. A glowing cigarette end would have been enough to trigger the explosion. 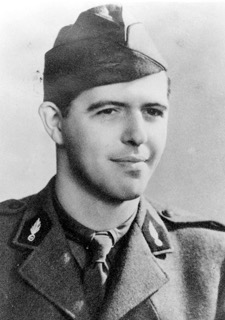 Related Topic(s): Dash-cam Video; Explosion; Killing; Legacy; Navy; Nine Eleven; Power; Technology; Wars, Add Tags
Add to My Group(s)
Go To Commenting
The views expressed herein are the sole responsibility of the author and do not necessarily reflect those of this website or its editors.