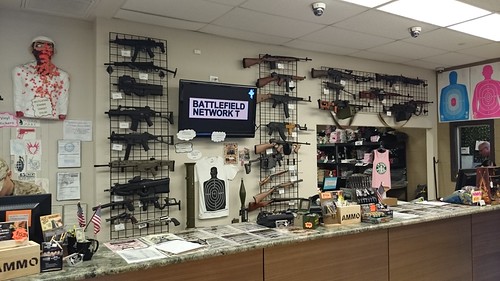 After having secured the first shot in a wild west gun duel, Mike Fink scorned his rough life and gave his rifle, bullet pouch, powder horn, belt, pistol and wages to some other desperado known as Levi Talbot. This man who is only referred to as "Carpenter" in Wild West lore, then went to a place where the gun battle was to ensue. Carpenter filled up a cup with whiskey and placed it on his head during the time when gunslinger Mike Fink was loading his rifle and finagling around with the flint in the gun. According to legend, Carpenter then stood erect and ready to take on this mission, with somewhat of a serene poker face. Mike Flint leveled his rifle at the distance of 60 yards. After drawing a bead, he took down his rifle and smilingly said: "Hold your noddle steady, Carpenter, and don't spill the whiskey, as I shall want some presently." He again raised his rifle and after firing the weapon, Carpenter fell like a sack of limestone. The ball penetrated in the center of Carpenter's forehead, a half an inch above the eyes. Mike Fink set the butt of the gun on the ground, with the barrel erect, and as it was pointing to the heavens above, with his mouth, blew the smoke from the top of the gun's barrel, while keeping his shifty eyes on his old friend, Carpenter. According to wild west legend, Mike Fink then uttered: "Carpenter, you have spilled the whiskey!" According to the website, Legends of America, "In this remote region where the power of the law was not yet known, and among a party who had an exaggerated dread of Mike's prowess, the crime was permitted to pass off as an accident, and Mike was permitted to remain free and move around at large. But, Levi Talbot, who was Carpenter's fast friend, was convinced of Mike Fink's treacherous intent, and resolved upon revenge whenever opportunity should offer. Some months afterward, Mike, in a fit of boastful talk, declared that he had killed Carpenter on purpose and was glad of it. Talbot instantly drew his pistol, the same which Carpenter had bequeathed him, and shot Mike through the heart. Mike Fink fell and died."

Sadly, this is a little-known piece of American history. Very sadly, it is indicative of the violence that won the west and acted as an impetus to tame and domesticate a new land, a new conquest, a brand-new country.

No opednews.com reader ever read this little snippet from an eighth-grade American History book, but it's said to be true. Why wouldn't it be? The entire account reads like something we'd read today right out of the daily newspaper. Daily, we read of news accounts much like this in The Morning Call, The Free Press, The Blade, The Pilot, The Post, The Times, The Review, The Journal, The Bee, The Daily News, The Vindicator, The Gazette, and a host of other sheets coast-to-coast.

The USA was won by all that is associated with a dead person's fall -- gun violence won the West and the East, and the North and South, too. Cowboys like Mike Fink, Carpenter, and Levi Talbot took away land from Native Americans by the power of "might is right" and by the mojo of "our guns are a lot more lethal than your bows and arrows, your spears, and your knives. So, take this!" Pow! Pow! Pow! Bang! Bang! Bang!

When a candidate for the United States Presidency said at an Iowa rally in January 2016, that he could stand in the middle of one of the busiest thoroughfares in New York City and shoot somebody "and not lose any voters over it," his passionate base loved him for it. Unbelievably, he was elected to our nation's highest office as President #45 (even with no political experience whatsoever). Other than Russian leverage, many feel he was successful in his Presidential run because of his hateful, spiteful, violent rhetoric that had spewed from his crass mouth throughout his campaign in cities, towns, and rural environs throughout America.

Sadly, Trump never mentioned anything in this highly-charged speech about suffering the consequence of murdering another American, being dragged into a dirty and smelling NYC police precinct in handcuffs, then riddled with questions from a good-guy, bad-guy team of detectives. He did not say he would surely be thrown into a jail cell to await a preliminary hearing without any chance of bail if he shot someone. No, the Great Orange Fraud went on to pontificate about how loyal his voting base had been to him. "I think it's at 68 or 69 percent," he remarked".

Trump's whole spiel in Sioux City, Iowa, about a year and a half ago should be another entry of Legends of America, or how might is right and how this country was won by the rule of firearms and lethal violence. And now that brings us to the latest incident of school violence in America, which is still a leading news item on the national media scene, but it might as well already be a footnote. Yes, leaders of the likes of Donald Trump seem to love blood, gore, violence, the NRA, and the bang! bang! shoot 'em up! mentality that has had a grip on this country since it was stolen from American Indians during the time after 1492, when the great butcher, Christopher Columbus "sailed the ocean blue." Did you notice how I buried this news item so deep in this commentary? Oh, all except that little blurb on top of the story, that is, about art class and juveniles and those past the threshold of being considered "senior citizens." Yes, it was deliberate and a flagrant offense for a writer, but there have been so many events such as this in our great and overall, slightly timid homeland, that I know there will surely be more to come".

More than any other President in recent American history, Donald Trump is a culprit in the insanity, mayhem and even all this bedlam, and bloodletting of all this senseless butchery and violence, with his hateful rhetoric. All his New York City tough guy talk and his love and awe-inspired devotion to the NRA is further proof that he is part of the problem and is not anywhere near a solution to this harrowing and ridiculous bloodshed.

Trump, more than any other federal leader reigning today, should be held accountable for his actions and words. He has set in place an excellent incubator for yet another incident of gun violence that occurred in southeastern Texas in which a 17-year-old male student opened fire inside Santa Fe High School last Friday morning, killing 10, most of them students and at least one teacher. Accounts claim another 14 people inside the school, mostly students, were injured.

FYI: Don't buy into Trump's ever-present praise and flattery of loving the police, 'all they do for us', and his blind devotion of the badge. Realistically speaking, Trump hates law and order and would like to rule in a land without it, where only his laws are the law of the land. He's a wannabe dictator, nothing more, nothing less. Look at it this way: Donald Trump's disregard for the DOJ, Robert Mueller's investigations into the stinking, smelling, scabrous-ugly, Trumpian-infested litany of wrongdoings, and his disdain of the FBI are the real proof that Donald Trump has no respect - no, no respect at all - for law and order and the American System of Justice.

A totally senseless act in which 10 families are grieving the losses of their sons, daughters, brothers, sisters, nephews, nieces, and other Santa Fe residents are shaking their heads to the horrors faced by their friends and acquaintances at the school Friday has been ongoing all weekend and throughout the week in an obscure little corner of the Lone Star State.

How horrible it must have been Saturday morning to walk down the street of the quaint little town of Santa Fe and hear, "Did you hear what happened to that nice kid who attended Santa Fe High School the next street over from you? She was shot by that kid who smuggled that shotgun, that pistol, and those bombs into the school."

It's time for the good people of the Lone Star State, the good people who loathe this meaningless bloodshed, to take a stand against guns. It' s time to end the days in which someone can walk into a southern convenient store overseen by Alcohol, Tobacco, and Firearms and purchase outright, a lot of tobacco, sundry bottles of alcohol, not to leave out a few firearms. And this insane trade must end when children are involved. Anyone under the age of 18 or 21 (depending on the state's mandates) should not be able to purchase this lethal cocktail of bloodletting mojo. And it's time for us all to support Texas in the state's grieving involving this massacre - too unspeakable for adjectives or adverbs to discolor its diabolical intent and result.

Texas, it's now or never and the clocks ticking until the next episode of gun violence takes other lives in some American school Regardless if it happens in Texas again, or somewhere else in the South, or even the North, East, or West, it's like a pipe bomb lying in wait.

Related Topic(s): Daughter; Disregard; Families; Guns; Guns; Horror; Insane; Insanity; Justice; Killing; (more...) People; People; Senseless; Sons; South; Students; TEACHER, Add Tags  (less...)
Add to My Group(s)
Go To Commenting
The views expressed herein are the sole responsibility of the author and do not necessarily reflect those of this website or its editors.