In politically ordinary times, it would be expected that the Democrats will do well in the upcoming mid-terms. Trump and the Trumpites are becoming increasingly unpopular among vast swaths of the electorate which had been previously uncommitted or swing voters. Further, Trumpite reaction has mobilized many members of those swaths to come out to vote, which previously they have not done in mid-term elections. At the same time, the Trumpites are holding onto their base among the voting racists, gunners, xenophobes, Christian Rightists (especially), and etc. But with Trump's poll number remaining in the 40-plus/minus 5% range, ordinarily "Blue Wave Confidence," especially for the House of Representatives would be well-placed. 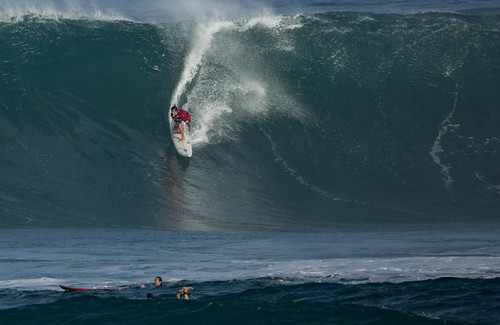 But as we know, these are not ordinary times, in terms of voting rights. To the greatest extent possible, as is well-known the Repubs. doing what they have often done in this century, as in Florida in 2000 and in Ohio in 2004: rigging the vote. This on top of their legendary gerrymandering, to an extent that would likely make the early 19th century Governor of Massachusetts, Elbridge Gerry, after whom the original practice was named, blush.

Currently, examples of vote-rigging can be seen in, for example, Georgia, (where the Repub. candidate for Governor is the Secretary of State, who is attempting to invalidate up to 70,000, mainly non-white voters; Nevada, where the Republican Secretary of State changed the designation of 75,000 voters to inactive to help Heller out, and North Dakota, where Native Americans, who live on reservations and thus don't have street addresses, have been disqualified from voting under a state law aimed specifically at them. (Most of them vote Democratic, and apparently the equal protection clause of the 14thAmendment doesn't apply to them.) Apparently, it is the Repubs themselves who think that they cannot win in a fair fight. But they have shown in the past that they can win in a rigged one. And so, they are doing it again.

As I have said previously, let us not count our chickens before they hatch. Major Republican powers, this time around especially some huge donors of both light and dark money like the Kochs and the Adelsons have been preparing for this eventuality. First of all, there will be tons of Repub. money from these folks. Second of all, they still have what MSNBC's Chris Hayes like to call "Trump TV" plus that endless supply of right-wing talk radio. Third of all the Koch-funded American Legislative Exchange Council, ALEC, founded in 2007 for the express purpose of taking over state legislatures, so that the Repubs. could control much of the re-districting that occurred in 2010, is still very much in play. And so is the gerrymandering as well as the restrictive "Voter I.D." laws that they have sponsored. (Quite obviously that objective of the latter was not to improve the security of voting. Otherwise, getting a photo I.D. would been made readily available --- as in having camera-equipped photo I.D. offices in every locale and neighborhood --- paid for by the state governments. It wasn't.) And of course, there is the tried and true technique, used by all political parties of motivating "the base" to come out and vote.

The Repub. plan absolutely depends on holding down the vote in constituencies that are opposed to them. Now some think that this is something new, or at least that it goes back only to the 2000 election. But it goes back rather further than that, to the late 1980s. At that time a strategy was developed that focused on mobilization the vote of the Christian Right. It was called "The 15% Solution." This time around, while the Repubs. are surely focusing on all of their constituencies, as is well known they are also focusing on holding down the vote, especially among non-whites and the young. But as for the origin of their strategy, so many years ago, here is the original "15% Solution." I published it in my 1996 book coincidentally called, in its 2013, revised edition, The 15% Solution: How the Republican Religious Right Took Control of the U.S. 1981-2022: A Futuristic Novel (http://www.puntopress.com/2013/03/23/jonas-the-15-solution-hits-main-distribution/).

" 'The 15% Solution' was an electoral strategy developed by the leading political organ of the Religious Right, the so-called 'Christian Coalition' (ADL). The 'Christian Coalition' was an unabashed, unapologetic, and out-spoken representative of that authoritarian thinking (see also Dino Louis' discussion of the nature of fascism in Appendix II) which under their influence was so prominently represented in the politics of the Republican Party, beginning at their 1992 National Convention. The strategy was designed to win elections even when the Coalition's supporters comprised a distinct minority of the eligible electorate. As an early Christian Coalition Executive Director, Ralph Reed [still politically very active, on the Christian Right], once said (Harkin): 'I paint my face and travel at night. You don't know it's over until you're in a body bag.'

"Although in later public statements, the Christian Coalition made at tempts to cover up or even disavow the strategy, according to its 1991 National Field Director, it was formulated in the following way (Rodgers):

'In a Presidential election, when more voters turn out than [in] any other election you normally see, only 15% of eligible voters determine the outcomes of that election . . . . Of all adults 18 and over, eligible to vote, only about 60 or 65% are actually registered to vote. It might even be less than that, and it is less than that in many states. . . .'

'Of those registered to vote, in a good turnout only 50% actually vote. [Thus,] only 30% of those eligible actually vote. . . . 15% of adults eligible to vote determine the outcome in a high turnout election. That happens once every four years. . . . In low turnout elections, city council, state legislature, county commissions, the per cent age who (sic) determines who wins can be as low as 6 or 7%. We don't have to worry about convincing a majority of Americans to agree with us. Most of them are staying home and watching "Roseanne" ' [emphasis added]. (Author's Note: "Roseanne" was a popular television program of that time..)

"As one of the most influential leaders of the Religious Right, Paul Weyrich, succinctly put it (Freedom Writer, Nov., 1994): 'We don't want everyone to vote. Quite frankly, our leverage goes up as the voting population goes down [emphasis added].'

"Elected allies of the Christian Coalition worked to make this wish a reality. For example, a Governor of Virginia, George F. Allen, elected in 1992 with open Christian Coalition support, attempted by the use of the veto to prevent implementation of Federal legislation designed to make it easier for people to register to vote (NYT).

"By the national election of 1994, Right Wing Reaction was well on its way to achieving its goal. Only about 38% of eligible voters voted. That turnout was part of the process that came to be referred to as the 'Incredible Shrinking Electorate.' With slightly more than half of those voting choosing the old Republican Party's Congressional candidates that year, the Party achieved a major turnaround in Congressional representation and took control of that body.

"Many of the new representatives were supported by the Christian Coalition and its allies. In an odd representation of reality, most media and political figures represented that victory as one reflecting the views of the 'American people' as a whole. In fact, the Republican victory was achieved by garnering the support of less than 20% of the eligible voters. 'The 15% Solution' was well within sight.

"The political posture adopted by the opposition Democrats played a significant role in the creation of the Incredible Shrinking Electorate. They gave the majority of increasingly disaffected people nothing to come out to the polls for but either a warmed-over imitation of Republican Party policies, or a set of well-intentioned but ineffective alternatives.

"The minority of eligible voters who actually supported Republican, and later, Republican-Christian Alliance, policies turned out and voted for them. Those who wanted something significantly different, consistent with the liberal tradition of the Democratic Party, not finding it on the ballot, just stayed home. Implementation of 'The 15% Solution' proceeded apace. It was eventually used by the Right-Wing Reactionaries to impose their will on the majority of the people. And just like their German Nazi predecessors, once they gained power through Constitutional means, they maintained it largely through anything but."

And so, nothing should be taken for granted, here. Except, should the Repubs. hold both the Senate (currently likely) and the House (currently unlikely, but if they can shut down the Democratic vote in enough places, they will), this nation will be well on its way to being governed by 21st Century Trumpite fascism.

Note: This column is based in part on one that I published last May: https://www.opednews.com/articles/The-Big-Blue-Wave--Not-So-by-Steven-Jonas-2018_Alternative_Blue-Wave_Democratic-180501-856.html.

Steven Jonas, MD, MPH, MS is a Professor Emeritus of Preventive Medicine at StonyBrookMedicine (NY) and author/co-author/editor/co-editor of over 35 books. In addition to his position on OpEdNews as a â€œTrusted Author,â€ he is a Senior (more...)
Related Topic(s): Blue Wave; Democrats; Republican; Republican Extremism; Republican GOP Dirty Tricks; Republican Hypocrisy; Republican Racism; Republican Religious Right Wing Nuts; Republican-slime-machine, Add Tags
Add to My Group(s)
Go To Commenting
The views expressed herein are the sole responsibility of the author and do not necessarily reflect those of this website or its editors.