In the first column in this series, fascism was defined as:

It was pointed out that this definition, and similar ones used by other authorities, is based primarily on what fascism looked like in the 20thcentury, in particular in Nazi German fascist Italy, Spain and Japan. The analysis then went on to the use of the concept of functional fascism, for the 21stcentury, for the United States. That is, there are certain features of classical fascism that do not exist, at least not yet, in the U.S. The Executive Branch does not have full control of all governmental functions. There is an independent judiciary. There is still a Constitution. There are still inherent personal rights and liberties. There is still not a single national ideology that criminalizes all opposition to it. 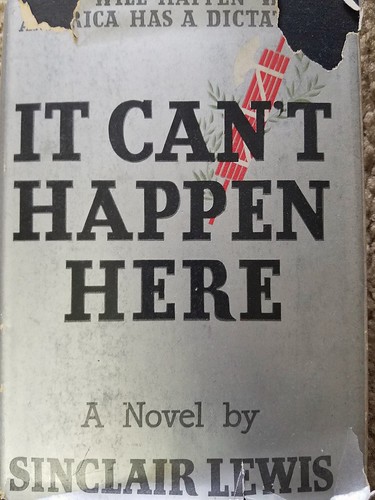 BUT, the political party currently in power, and in particular its representative occupying the Office of the Presidency, certainly has made it clear that the reality concerning these features is in a state of flux. Trump has made it clear that he would like to have much more control of various governmental functions, particularly those of the Department of Justice, than he presently does have. He is forever issuing scathing, personal, attacks on judges and courts that make decisions that he doesn't like, e.g., a recent one on the status of DACA. The judges that he is appointing to the Federal Courts are selected and confirmed for their long-time adherence to the right-wing ideology of the private association which plays a major role in nominating them, the Federalist Society. This practice will play a major role down the road in limiting the Federal and state functions in the economic and environmental arenas, as well as in civil liberties and in such matters as the freedom of choice in the outcome of pregnancy. This President has shown that he is very much in favor of imposing upon large areas of civil society an ideology based on Christian Fundamentalism. And this particular President clearly reveals on a regular basis his predilection for authoritarian government.

As the Federal judiciary changes in nature, going evermore rightward in its politics (and oh yes, the judiciary is always a political animal), it will less and less function as it currently does, as a limit on the fascist aggrandizement of power by this President and the party he leads. The other major limiting factor on the progression towards outright fascism is the free press. One need look no further than this fact to understand the constant attacks on the "fake media" and "fake news" by the President, his allies in the Congress, Fox"News" (otherwise known as "Trump TV" or the Republican Propaganda Channel), right-wing talk radio, and right-wing on-line/social media (like Breitbart and The Daily Stormer). If the Republican/Trumpites are able to destroy or severely limit the activities of the anti-Trumpite media, the road to absolute power for them, that is the classical fascist state, will be much easier for them.

As to the use of the Big Lie technique, the Trumpites don't use it so much as they do what might be called the "Little Lie Technique." There are not just a few Big, totally not-connected-to-reality lies that they tell over and over again, like the Nazis' "the Jews are the cause of all of Germany's problems" that appear in major speeches by the leadership. There are rather the little lies, told over-and-over again on a daily basis, constantly rolling off the lips of Kelly Ann Conway, Sean Hannity, Laura Ingraham, Mark Levin and so on and so forth about everything from what is really in the tax "reform" legislation to what the "Russia" investigation is really about. As for the President, as is well known, he is the king of the liars, Big and little. 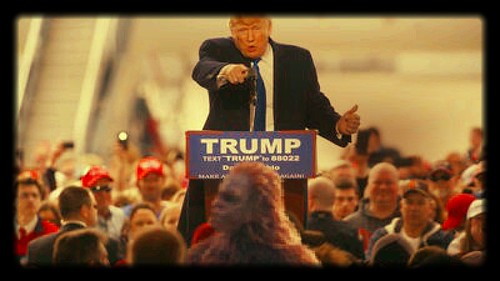 As to the features of fascism that already exist, this president regularly uses the appeals that got him to the White House in the first place: those to hate, fear, racial and religious prejudice, xenophobia, and misogyny. But most importantly for this fascism-in-process/functional-fascism is that with the Congressional Republican Party, Trump is absolutely serving the interests of the economically dominant sector of the U.S. ruling class (manufacturing; fossil fuels; agriculture/food; pharma/health services; retail; communications/entertainment; transportation; banking/investment/financial services) in the realms of economic, fiscal, political, and regulatory policy and policies."

Thus, the Elements of Republican/Trumpite 21st century Functional Fascism in the United States, either already achieved or set forth as goals to be achieved are:

1. The use of the law to promote racism, Islamophobia, xenophobia, and misogyny.

2. The criminalization of certain religious/non-religious beliefs, as in, for example, LGBT rights and the freedom of choice in the outcome of pregnancy. This is facilitated by the use of "God's Word" to justify oppression, hatred, and, ultimately, Dominionism. Indeed, for the United States, Dominionism is the hand-maiden of fascism, as were Catholicism in Spain and Italy and Shintoism in Japan.

3. The repression, then criminalization, of dissent.

4. The tolerance for, and in certain quarters the promotion of the Doctrine of White Supremacy.

5. The gradual suppression of the free vote, especially among minorities, the young, and the poor, by the use of gerrymandering, voter-suppression, vote/hacking.

6. The assault on and the distortion of the use of data, of all kinds.

8. The solidification of the control of the State apparatus.

This Doctrine of Functional Fascism finds a very happy home in the modern the Republican Party. It is of course the outcome to date of the Republican Rightward Imperative which has controlled the direction of the Party since the time of Goldwater.

In the next and final Part of this series (3), some thoughts on the very difficult question of how to combat, indeed Resist, the Republican/fascist onslaught shall be presented.

Steven Jonas, MD, MPH, MS is a Professor Emeritus of Preventive Medicine at StonyBrookMedicine (NY) and author/co-author/editor/co-editor of over 35 books. In addition to his position on OpEdNews as a "Trusted Author," he is a Senior Editor, (more...)
Related Topic(s): Definitions; Dominionism; Fascism; Goldwater; Partisan Religion; Racism; Republican; Trump Campaign; Trump Presidency; Trump Racist; (more...) Trump Russia Connection; Xenophobia, Add Tags  (less...)
Add to My Group(s)
Go To Commenting
The views expressed herein are the sole responsibility of the author and do not necessarily reflect those of this website or its editors.