In the meantime, 30 million of the people living in greater Jakarta, will be left unprotected, defenseless, ruined and facing the most horrible demise.

But fascist Indonesia does not care about 30 million of its, mostly poor, citizens. As it does not care about the fate of the inhabitants of Borneo; people who are dying slow deaths, from mercury-poisoned rivers (result of gold mining), monstrous chemicals that are accompanying vast palm-oil plantations as well as coal (and other) mining.

And, as always in Indonesia, nobody really fights against this approaching nightmare.

It is because the population is uninformed, or more precisely, thoroughly brainwashed. The mass media is repeating the lies of the government and its 'experts'. Academia is bought and repeats all that it is ordered to utter by the government. A few uncomfortable activists get killed, without much coverage. Soon, new legislation is expected to make the president and the government untouchable, beyond criticism; a law similar to that of lesse majeste.

President Jokowi, a megalomaniac from the provincial city of Solo (Central Java), is at war with anything socialist. He is fully determined to sell his country to the West. He is getting rid of almost all remaining labor-protection laws, and he is inviting Western companies to "invest" in Indonesia, giving them tax holidays and many other incentives. Recently he met President Donald Trump, behaving embarrassingly, like a boy scout, begging him to visit Indonesia, and to invest.

While people all over the world are fighting and dying, trying to defeat outrageous turbo-capitalism, Jokowi is falling head over heels in love with long time discredited Thatcherite and Reaganite dogmas.

The price is horrendous. The country is reaching, socially, educationally and health-wise, the hard, sub-Saharan African bottom.

People are being robbed of everything, including their land, their environment, as well as public spaces, beaches, rainforests, cities, villages and rivers. And even economy is collapsing (hushed fact), because Indonesia is hardly capable of producing anything.

Without any doubt, the new capital city will be a symbol of Indonesia's downfall (which is also the title of my upcoming 120-minutes-long documentary film about Indonesia's collapse, from the 1965 coup, to now). 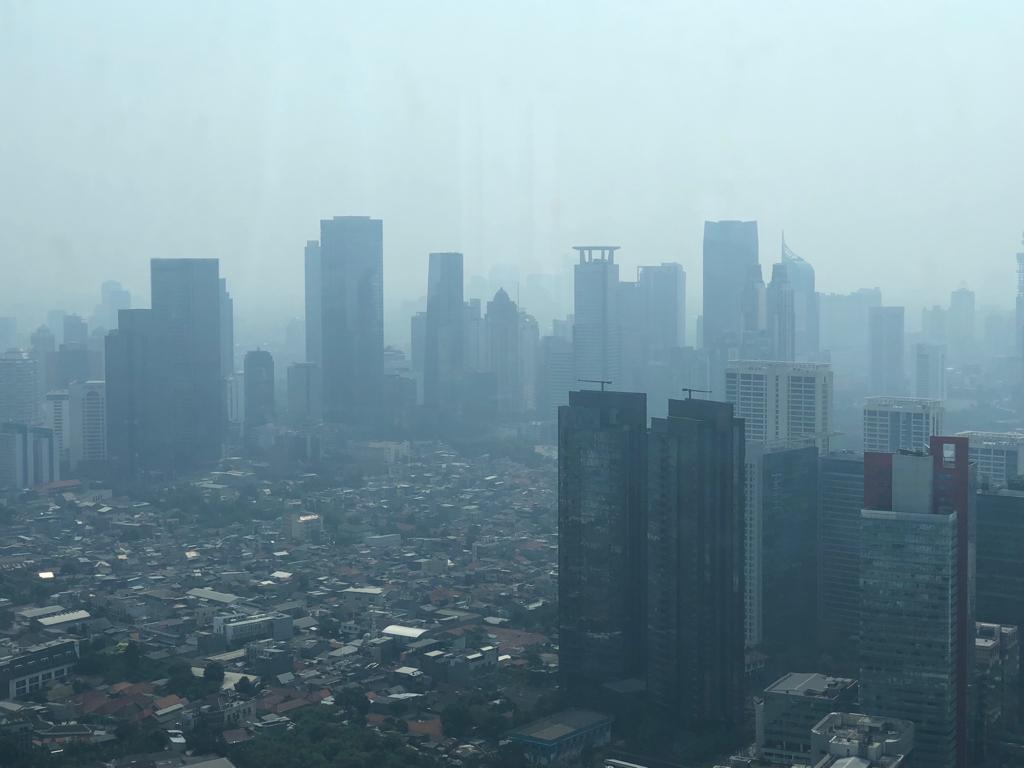 To be fair, the initial plan to move the Indonesian capital from Jakarta to Borneo existed before, during the government of the socialist, anti-imperialist President Sukarno. The site was called Palangkaraya, in the middle of the jungle of Central Kalimantan (now a provincial, spread-out unattractive city). Its construction began before the US-backed coup (1965-66), which overthrew the left-wing government, and murdered millions, including members of the Communist Party of Indonesia (PKI), which in those days was the third largest in the world.

But that was a totally different era. The Soviet Union was heavily involved in the construction. There were supposed to be many elements of a socialist city: huge theatres, research institutes, libraries, art galleries, even a metro and water transportation.

Related Topic(s): Borneo; Corruption; Corruption; Cynicism; Environment; Indonesia; Jakarta; Megalomaniac, Add Tags
Add to My Group(s)
Go To Commenting
The views expressed herein are the sole responsibility of the author and do not necessarily reflect those of this website or its editors.