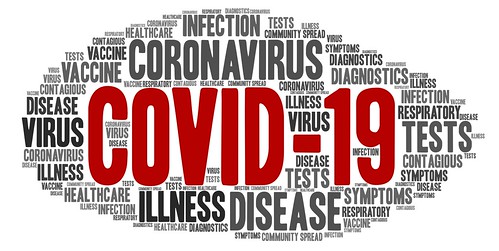 Covid-19 is everywhere, including the headlines.
(Image by EpicTop10.com)   Details   DMCA

This article in the New York Times "How the Corona Virus Compares with 100 years of deadly events" gives some perspective on the current pandemic. My 10 thoughts:

1. The death rates cited are higher than almost anything except some wars and the 1918 flu (not really Spanish).

2. The death rates seem to spike early and fast in unexposed areas, but then taper off as the most vulnerable populations succumb or recover with (some) immunity.

3. Some people are "super spreaders." It's not their fault, mostly. But because they may be essential workers who are exposed to 100s of people a day, or because they live in apartments with lots of family members (often the same group of people), they are both more likely to contract Covid-19, and to spread it to others. They may have 20X, even 100X, more social contacts than the average person. This is a small subset of the population, however.

4. Herd immunity does not require such high degrees of infections as the epidemiologists say, because not everyone is equally susceptible.

The biggest risk factors are:

- Type A blood type, as much as a 50% higher risk of the worst effects, according to a new study, and also a previous Chinese study

Clearly, these population subsets, including super spreaders (see above), are limited, so once they are "out of the way" - either infected and died, or infected and recovered with some immunity - the virus has to work harder to infect and kill the next most vulnerable subset. In NYC, it's estimated 20% - 40% of us already have antibodies. That may be enough of the most vulnerable population to severely slow the rate of infection, regardless of social distancing, mask-wearing, or the so far, terrible treatment modalities here. 80% of people put on ventilators will die on them. The 20% "success" rate may be no better, or even worse, than if nothing more than palliative care was administered.

5. Vitamin D or summer sun exposure, seems to slow down the spread to some extent

6. Partial immunity can come without people getting sick, through low but consistent viral loads over time. We may be reaching that time threshold in early infected states like NY.