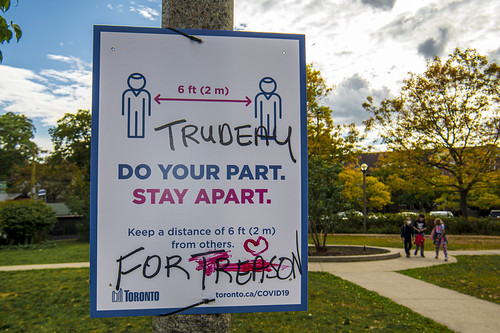 President Biden has now all-but-mandated vaccination. Yes, if you don't have to work at a company with more than 100 employees, or work for the government, or work in a school/day care center etc., then maybe there's still a loophole for you to stay unvaccinated, but those are closing fast.

But, if the CDC is right in that vaccinated and unvaccinated alike can spread the virus, even though the vaccinated themselves get sick at a far lower rate, then what is the point of forcing vaccinations on people? To protect them, sure, but we don't force people to stop smoking, stop drinking alcohol, or even require people to stop taking illegal drugsbefore hospitals/doctors will treat them. If we ran a Moral Fitness Test on everyone who went to the hospital, we'd probably have half the patients, or less, than we do now, and a lot more people dying outside the hospital. As a (mostly) progressive society, we don't do that, with few exceptions for behaviors like alcoholism. So, why this moral crusade with people unvaccinated against Covid?

It's possible, even probable, that the Corona virus is mutating in the nasal passages of vaccinated people just as much as in unvaccinated people - thankfully unsuccessfully reaching deeper portions of the lungs etc. so far or else vaccinated people would be getting just as sick. But that is not the point. If both groups can spread new mutations, then getting vaccinated to prevent new mutations is not a valid argument either.

So, what argument is left (or Left)?

To unburden hospitals/doctors/nurses? That is not a progressive Left position. If there is truly a shortage of those things - and not just some unacknowledged inefficiency (the position of the Right) - then just build more hospitals, and hire more doctors/nurses. That is the progressive position, not to just allow closing more hospitals, especially in rural areas, and to fail to graduate more doctors/nurses. Saving money or restricting services to coerce people to be healthier is more of a Right-wing position, except, strangely, in this odd time, where partisan opposition is more important than policy coherence.

The Left is as incoherent as the Right in going after the unvaccinated. What exactly is their policy? What is their point? What do they want?

Related Topic(s): Covid-19; Left Debates; Left Versus Right; Left Wing; Leftist, Add Tags
Add to My Group(s)
Go To Commenting
The views expressed herein are the sole responsibility of the author and do not necessarily reflect those of this website or its editors.