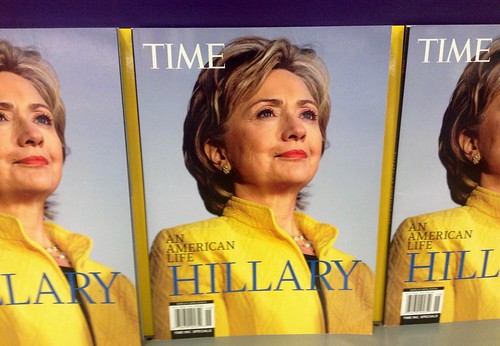 The firm behind the app reportedly is Shadow, an affiliate of ACRONYM, a Democratic nonprofit founded in 2017 “to educate, inspire, register, and mobilize voters,” according to its website. Shadow started out as Groundbase, a tech developer co-founded by Gerard Niemira and Krista Davis, who worked for the tech team on Clinton’s campaign for the 2016 Democratic nomination...

Among Shadow’s clients is Pete Buttegieg’s presidential campaign, which paid $42,500 to the firm in July 2019 for “software rights and subscriptions,” according to disclosures to the FEC. A spokesman for the campaign says the payment was for a service used to send text messages to voters. The campaigns of Joe Biden and Kirsten Gillibrand, who withdrew from the race last year, also made smaller payments to Shadow.