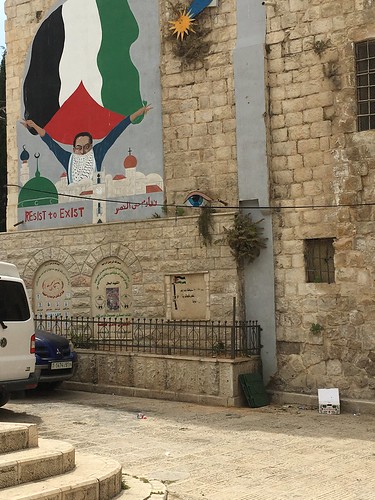 On May 15th, Palestinians and their allies around the world marked another Nakba Day on the calendar. The 72nd anniversary of the founding of the Zionist state intersected with the continued spread of the COVID-19 pandemic around the world. COVID-19 has taken the lives of hundreds of thousands of people and plunged millions more into economic precarity. The devastation of the virus in many ways relates to the ongoing Zionist colonization of Palestine. Nakba Day symbolizes the heinous oppression that Israeli colonialism has imposed upon the Palestinian people and it should come as no surprise that many people sympathetic to the Palestinian cause view Zionism as its own kind of virus. To commemorate Nakba Day, Twitter users all over the world shared the hashtag #COVID1948 to make the comparison between Zionist aggression and COVID-19.

The colonial virus of Zionism reached its deadliest phase of development after World War II. Between 1947 to 1949, nearly 800,000 Palestinians were displaced from their homeland by Zionist security forces. If Palestinians did not flee, then they were massacred. At least thirteen thousand Palestinians were killed over the same period. Nakba Day was the culmination of thirty years of British colonial policy that had all but sold the Palestinian homeland to "the Jewish People," a euphemism for the Zionist settlers seeking to produce their own colonial empire in the heart of the Arab world.

May 15th itself merely marks the moment when Zionist colonial forces were able to declare an "independent state" of Israel with the help of stolen Palestinian land and the blessings of the Western dominated United Nations. Since Israel's formation, the viral spread of the Zionist occupation has become no less violent and destructive for the Palestinian people. After losing nearly 80 percent of historic Palestine to Zionist aggression in the Nakba, Palestinians were removed from the remaining twenty percent following the defeat of the Arab resistance to Israel in the 1967 war. Colonial settlement in the West Bank continues unabated and Palestinians in the Gaza Strip live under conditions unfit for human life.

Since 2000 alone, Zionist occupation forces have slain ten thousand Palestinian lives, including over one thousand children. Thousands of political prisoners languish in Israeli prisons. The colonization of Palestine is supported by the United States. U.S. aid to Israel since 1948 totals to around 142 billion USD. Israel also benefits from U.S. protection in the form of diplomatic immunity on the global stage. Despite ample evidence of ethnic cleansing, genocide, and the commission of war crimes, Israel has never been punished by the International Criminal Court or any other U.N. body.

COVID-19 has only given Israel further reason to annex more Palestinian land in the West Bank and intensify economic ruin for Palestinians in Gaza. In this way, Palestinians and their allies in the Arab world are currently struggling with two viruses. The first is the virus of Zionist colonialism. Israeli settlers not only benefit from the oppression of the Palestinians but also from a relationship with the U.S. that strengthens an equally destructive imperialist policy employed throughout the region and the globe. Syria, Iran, Iraq, and Libya are but a few allies of the Palestinian people that have either been successfully destabilized or placed under ongoing imperial siege by the U.S., Israel, and their regional allies. Israel's hand in these regime change campaigns has been verified by strategic documents such as the Oded Yinon Plan published by the World Zionist Organization in 1982.

The second virus is COVID-19. Palestinians in the West Bank have largely been left to the whims of their colonizer in battling the pandemic. Palestinians essentially have no state of their own, but rather an instrument of Israel in the Palestinian Authority. The Palestinian Authority only has jurisdiction in portions of the West Bank carved out by the Israeli colonizers. Furthermore, Palestinian Authority officials, especially security forces, have no real autonomy. Israel is ultimately responsible in the final analysis for enforcing social distancing measures and providing necessary medical supplies and other basic necessities. While Israeli officials boast of their success in stopping the spread in segregated cities, Palestinians have voiced concern that the virus is spreading virtually undetected due to a lack of testing capacity. Life under colonial occupation has made the containment of the virus virtually impossible.

Israel's relationship with Palestine is a reminder that colonialism did not end during the anti-colonial liberation movements that followed the Second World War. COVID-19 and Zionism are two viruses that require the same remedy. The end of colonialism and its violent legacy in the 21st century is the only path to recovery from the Zionist plague. Palestine's colonial status is a reminder that the principle of self-determination has yet to be applied equally among nations. Zionism must be cut off from its host. This means that the Palestinian people must be given full autonomy through an independent state such as what occurred in the former colonial world. A mere satellite state that neighbors a hostile colonial regime, which is what is proposed by advocates of the two-state solution, cannot stem the tide of land theft, military occupation, and ethnic cleansing without a redistribution of power into the hands of the Palestinian people.

There is a direct connection between nations that have overthrown their formerly colonial or semi-colonial status and success in containing the COVID-19 pandemic. Vietnam became a truly independent nation in 1975 after its national liberation movement defeated the United States. Vietnam currently reports 0 deaths from COVID-19 due to its swift response to the virus' spread in China. China, which was the first nation to report the new virus, preserved hundreds of thousands of lives by using its enormous state and mass organizations to test and quarantine citizens living in dense urban centers. And Venezuela, a nation that remains economically vulnerable due to U.S. sanctions, has lost just ten people to the virus through effective mass quarantine measures and popular mobilization.

The collective power necessary to rid of COVID-19's deadly transmission as well as Zionism's deadly expansion cannot be achieved in isolation. As Al-Quds day approaches, efforts to develop solidarity with the Palestinian people must be intensified. The American people can fulfill their commitment to solidarity with Palestine by pressuring the U.S. government to withdraw from bilateral military and economic aid relations with Israel. Such pressure should also extend to U.S. wars of aggression abroad that weaken allies of Palestine such as Syria and Iran. Americans must demand that their government cease its pursuit of permanent hegemonya goal which requires Israel's unmitigated colonial expansion in the Middle East to successfully achieve.

On the domestic front, there is much work to be done in strengthening the principle of self-determination and combating the spread of the virus. As is the case with Palestine, the two struggles go hand in hand. Native Americans and Black Americans, two oppressed nations ravaged by centuries of U.S.-based colonialism, have also been hit hardest by COVID-19. Furthermore, wonton violence, state repression, and economic disparities continue to shape the lives of people within these communities. A movement for the self-determination of oppressed nations in the U.S. mainland necessarily leads to a situation where the U.S. government must think twice about its unanimous support for Israel's predatory expansionism. It would also give Palestinians and all oppressed peoples more breathing room to address global pandemics such as COVID-19 and the destruction of the environment. More crises are bound to arise from the innumerable contradictions that the people of the world have inherited from the rise and fall of global capitalism and its imperialist stage of development. The struggle for freedom and self-determination in Palestine will be critical in the broader movement to resolve these contradictions in the days, years, and decades to come.

Related Topic(s): Israel; Nakba; Palestinian; Viruses; Zionism, Add Tags
Add to My Group(s)
Go To Commenting
The views expressed herein are the sole responsibility of the author and do not necessarily reflect those of this website or its editors.