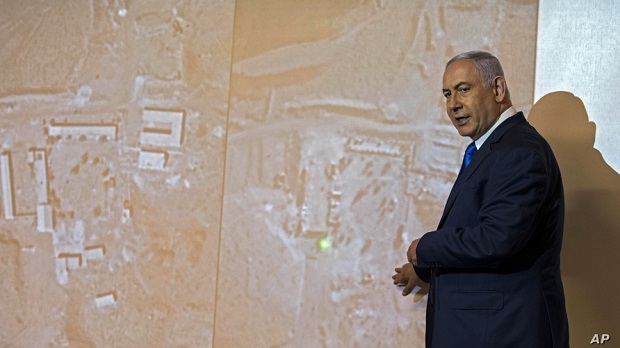 Every Israeli prime minister not least Benjamin Netanyahu understands that a military entanglement with Hezbollah, Lebanon's armed Shia movement on Israel's northern border, is a dangerous wager, especially during an election campaign.

It was Shimon Peres who lost to Mr Netanyahu in 1996, weeks after the former prime minister had incensed Israel's Palestinian minority a fifth of the population by savagely attacking Lebanon in a futile bid to improve his military, and electoral, standing.

Lebanon proved a quagmire for Ehud Olmert too, after he launched a war in 2006 that demonstrated how exposed Israel's northern communities were to Hezbollah's rockets. The fallout helped pave Mr Netanyahu's path to victory and his second term as prime minister three years later.

Mr Netanyahu has faced off with Hezbollah leader Hassan Nasrallah for the full 13 years he has been in power. But unlike his political rivals, he has preferred to play a cautious hand with his Lebanese opponent.

Which makes a recent spate of drone attacks by Israel across the region, including in Lebanon, all the more surprising, even in the context of a highly contested election due to take place next Tuesday. During the campaign, Mr Netanyahu has been buffeted by yet more corruption allegations.

According to the Israeli media, two drones dispatched over Beirut late last month were intended to destroy Iranian-supplied equipment that would allow Hezbollah to manufacture precision-guided missiles.

It was the first such Israeli attack on Lebanese soil since a ceasefire ended the 2006 war. Hezbollah and Israel have preferred to flex their muscles in neighbouring Syria, weakened after more than eight years of war.

The attack outraged Lebanon's leaders, with Mr Nasrallah warning that Hezbollah would shoot down any Israeli drones encroaching on Lebanese airspace. He also vowed revenge, which finally came a week ago when Hezbollah fired at an Israeli military vehicle carrying five soldiers close to the border. Israel said there were no casualties.

That was followed by Hezbollah shooting down an Israeli drone in southern Lebanon early on Monday. The Israeli army confirmed it had been on a "routine mission" when it fell in Lebanese territory.

In retaliation for last week's attack, Israel shelled Hezbollah positions, a clash Israeli media described as being a "hair's breadth" from escalating into all-out war.

Neither Israel nor Hezbollah appear to want such an outcome. Both understand the likely heavy toll in casualties and the damaging political consequences.

Nonetheless, Mr Netanyahu appears to be stoking a fire he might ultimately struggle to control and not just in Lebanon. Around the time of the Beirut attack, Israeli drones were also in action in Iraq and Syria.

First, Israel hit a building near Damascus, killing two Hezbollah operatives. According to Israel, they were working with Iranian forces to prepare a drone attack on the Golan Heights, Syrian territory annexed by Israel in violation of international law.

There have been reports of half a dozen such attacks since mid-July. They are the first known Israeli strikes on Iraq's territory in four decades.