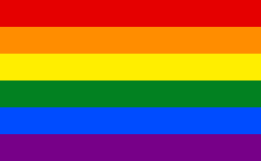 A laudable stand, one might think. But some don't. Self-designated representatives of the LGBTQ community immediately escorted Barrett to the pillory. "I did not choose to be gay," thundered USA Today columnist Steven Petrow. "Ditto for the millions of LGBTQ people in this country who find 'sexual preference' highly charged and who were shocked by Barrett's use of the term."

Barrett quickly apologized: "I certainly didn't mean and would never mean to use a term that would cause any offense to the LGBTQ community."

As a member of that community, I wish she hadn't apologized.

Not just because "preference" is logically a subsidiary trait to "orientation," although that's true. If we are, as many believe, biologically hard-wired to prefer romantic and sexual relationships of certain types, well, OF COURSE we prefer such relationships to others.

Nor only because some LGBTQ persons believe that their romantic/sexual preferences are shaped by environment as well as by heredity (I'm agnostic on the subject), although that's true as well.

Barrett should not have apologized because the position implied by her use of the word "preference" is the only position compatible with the rights and freedoms most of us would want her to defend and preserve from a bench on the Supreme Court.

Attempts to erase the idea of "preference" from discussions of sexual orientation and gender identity are attempts to deny and suppress the free will, choice, and agency of the very people who constitute "the LGBTQ community."

Neither I nor my many friends in that community deserve to be treated as helpless slaves to a biological equivalent of the old religious doctrine of predestination -- "the elect" to our supporters, "the defective" to those who loathe us, powerless pawns whose thoughts and actions affect nothing.

What would the point of "LGBTQ Pride" be to a herd of mindless robots marching blindly down the Pride Day parade route in accordance with programs we own no authorship of? What rights could such machines claim to possess? Without free will, what actions of theirs could be judged?

The New Puritans of progressivism want us to think of ourselves as such robots. That would make us easier to order around for political gain. Real people with rights, reasons, and preferences -- people who choose our own relationships and craft our own personalities, of whatever type and on whatever grounds we deem important -- frighten, enrage, and confuse them. I hope Amy Coney Barrett doesn't see us the way they do.

Related Topic(s): Amy Coney Barrett; Lgbtq, Add Tags
Add to My Group(s)
Go To Commenting
The views expressed herein are the sole responsibility of the author and do not necessarily reflect those of this website or its editors.

(You can only use the social login buttons before entering a comment.)
6 people are discussing this page, with 9 comments