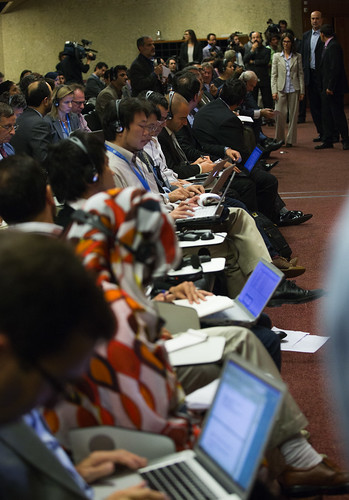 It seems that there are to be no dissenting voices on the twentieth anniversary of 9-11. Even film director Spike Lee was forced by media outcry to edit out of his documentary mini-series the half-hour dedicated to skeptics of the official version of the event. Thus the citizenry has been saved from "a bog of heinously dangerous ideas."

This phrase comes from Slate.com columnist Jeremy Stahl, for whom the alternative theories of 9-11 are "arguments that have been debunked a thousand times." This, of course, is nonsense. The debate rages to this day. But as with the issue of vaccination against coronavirus, the mainstream media will not brook the least opposition. Stahl puts great stock, for example, in the "three-year-long, $16 million investigation into the collapse of the World Trade Center for the National Institute of Standards and Technology," as if these numbers and a solemn agency title could not possibly be challenged. It doesn't seem to occur to him that the U.S. Government is itself the accused party here, and in similar circumstances has been caught fudging facts. The NIST report has actually taken heavy criticism from Architects and Engineers for 9-11 Truth, the most important group pushing alternative theories of the attack.

Why do journalists favor the government version so fiercely? The sheer vitriol of their attacks on Truthers reflects deep personal anger; clearly no Deep State maven stands over them dictating their articles. In theory, the more onerous discoveries of 9-11 investigators -- the presence of explosive material in the dust that spread through Manhattan, the dubious cell-phone calls made from the hijacked aircraft, the impossibly high speeds of low-altitude flight by three of the airplanes -- should be red meat to reporters. But all of it is ignored, if not ridiculed. What has happened to this "fifth column" of democracy?

Before television came along, reporters were hacks: working-class guys who wore their suits poorly and smoked too much. Nowadays they are college grads with master's degrees and big ambitions. Their role models are the millionaire voices of CNN and Eyewitness News anchorpersons. The Internet pipsqueaks who have to beg for donations every three months don't have three-car garages and sweet vacations every summer. They may get closer to the truth of issues, but they don't have source lunches on the company dime.

Journalists don't take long to understand which side of the bread holds the butter. They jump at the well-paying jobs, and slowly the resistance to any type of "conspiracy theory" builds. They instinctively reject the work of armchair detectives, and on several levels.

First is the theoretical level: reporters ought to be able to ferret out the dirt wherever they see it. But they soon realize they can't: some stories are simply out of bounds. Imagine the journalists -- and there must be a great many of them, especially in the New York and Washington areas -- who got great tips in the aftermath of 9-11 and saw Pulitzers for the taking. But their editors rubbed their necks and spiked the stories, telling them We are not in the conspiracy business. There is just some news that's not fit to print, and reporters must stand at the fence and envy those allowed to cross it into the fertile fields beyond.

Next is the professional level: the armchair guys have scooped them. They are the ones who debunked the government's first hypothesis that the Twin Towers "pancaked" down; who discovered that the Fox News helicopter had altered the image of the second plane hitting the South Tower; who called out reporters for saying that Building Seven had collapsed before it did.

Then the social level. Journalists, by the nature of their work, achieve a kind of fame. They are the kind of people that others like to brag about living next to. Television journalists are recognized in the supermarket, print ones publish their lofty opinions to thousands of readers. They get front-row seats at a political campaign, and now and then rub elbows with movie stars and billionaires. Reporters are not hacks anymore and resent the suggestion of the sweaty armchair crowd that they are exactly that.

Related Topic(s): Journalists-Journalism; Truthers, Add Tags
Add to My Group(s)
Go To Commenting
The views expressed herein are the sole responsibility of the author and do not necessarily reflect those of this website or its editors.