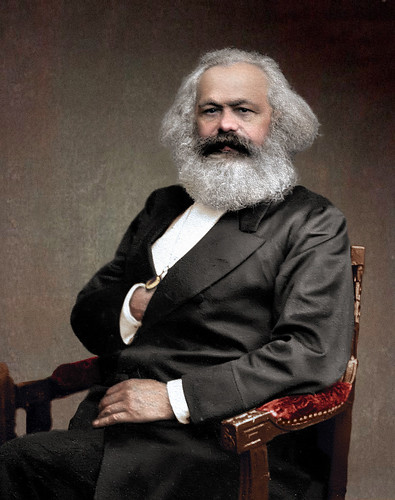 In the capitalist era, liberals serve a crucial role for perpetuating the existing power structure. When the people start demanding change, liberals are there to placate them by offering solutions that improve the system while posing no challenge to it. At their worst, these kinds of moderates pose a threat to justice that's worse than that of the biggest reactionaries. As Martin Luther King Jr. wrote, the greatest obstacle to black liberation isn't the Ku Klux Klan, but "the white moderate who is more devoted to 'order, than to justice; who prefers a negative peace which is the absence of tension to a positive peace which is the presence of justice."

Those on the left now need to come to terms with the fact that to varying extents, the biggest progressive leaders of our time perpetuate this dynamic where the more sympathetic members of the ruling class put in partial reforms to stop the system from being upended. This is true for Bernie Sanders, Alexandra Ocasio-Cortez, and the other American progressives who've been put in the most prominent positions.

The political role of the Sanders/Ocasio-Cortez wing of the Democratic Party, as the socialist columnist Genevieve Leigh has assessed, is to "attack the wealth of the rich without attacking the social system upon which this wealth is based." This social system is capitalism, which social democrats like Sanders do not want to get rid of. No one can honestly say that they're socialists, because they very much embrace a continuation of capitalism. They explicitly promise that their economic model is not based off of history's existing socialist states, but off of the Scandinavian capitalist welfare states.

Another undeniable problem with social democracy is the historical and current ties that the social democrats have to imperialism. Being capitalist nations, the Scandinavian states have very much participated in the imperialism of the U.S./NATO empire, with the Nordic countries allowing weapons and security companies which have assisted in America's wars. Bernie Sanders' foreign policy reflects this general willingness among social democrats to uphold imperialism; his lack of radical opposition to Israel's war crimes, promotion of the Venezuela intervention narratives, and support for the U.S.' economic warfare against China show that he's essentially imperialist-lite. This absence of an emphasis on opposing war and imperialism has shown to be a broader problem inside the Sanders wing of the Democratic Party; in last year's election, two-thirds of the "progressive" Democratic congressional candidates were completely silent on foreign policy. Ocasio-Cortez is among these social democrats who aren't reliably fighting empire, with her now refusing to denounce the Trump administration's illegal coup efforts in Venezuela.

Taking issue with these things is not ideological nitpicking. It's acknowledging a systemic problem with the nature of the mainstream left. When a political strain supports capitalism, even in a "reformed" version, it's not capable of eliminating the evils that capitalism creates.

Additionally, "Reforming" capitalism would fail to prevent a civilization-destroying climate change scenario. The reductions in carbon emissions that we need in order to make the climate catastrophe survivable can't be achieved under capitalism. The transition won't be adequate if corporations merely invest in "green" technologies, and the "Green New Deal" that Ocasio-Cortez has put forth is effectively an endorsement of this ineffective goal among neoliberal capitalists. Eco-socialism, where the major industries are nationalized and turned towards renewable energies, is the only way to avert apocalypse.

And communism, which Sanders has participated in the demonization of, is not the creator of misery and tyranny that capitalist indoctrination leads people to believe it is. As the scholar Michael Parenti has said about the actual history of the last century's Marxist countries:

Communism ladies and gentlemen I say it without flinching, communism in Eastern Europe, Russia, China, Mongolia, north Korea, and Cuba brought land reform and human services, a dramatic bettering of the living conditions of hundreds of millions of people on a scale never before or never since witnessed in human history"Communism transformed desperately poor countries into societies in which everyone had adequate access to food, shelter, medical care, and education. And some of us who come from poor families who carry around the injuries of class are very very impressed by these achievements and are not willing to dismiss them as "economistic." To say that socialism doesn't work is to overlook the fact that it did work for hundreds of millions of people.

I understand that millions of working class people, mainly younger ones, are investing themselves in politicians like Sanders and Ocasio-Cortez because they see them as representing an alternative to establishment politics. And I know there's value in them doing so-Bernie Sanders is what got me into politics. I'm simply urging these people to get involved in a strain that's much more radical than the reformism that's being presented as the solution to our crises. I'm urging them to get involved in the movement for communism.

The task of the American left is to let go of the reformist views of liberalism-including the liberalism that presents itself as radicalism-and join the Marxist strongholds which are now growing after decades of marginalization.

These strains may still seem like they won't leave the fringes of our discourse, but the recent increases in the relevance of Marxism are just the beginning of a societal shift towards revolutionary thought. The gargantuan inequality that's appeared in the last few decades has produced vast and growing discontent with global capitalism. And as this opposition builds, the economic populist movements will inevitably gain a bigger emphasis on socialism. With most American millennials now preferring to live in a socialist country, the ruling class is already alarmed at the potential for a systematic upheaval.

But it's not enough for people to generally view socialism favorably. Many of the people who hold this feeling towards socialism are assuming that the Bernie Sanders faction represents socialism. If we get rid of this falsehood-which can be done through educational efforts like the article I'm writing right now-we'll get the millions of people who are now putting their hopes in Bernie Sanders to mobilize towards an American Marxist revolutionary movement.

This is what my political path throughout the last few years has looked like; whereas I started out as one of the people who got excited about Bernie Sanders in 2016, I've since become informed that my most sensible option is to build a 21st century American version of Russia's Bolshevik movement.

Related Topic(s): Movement For A Peoples Party, Add Tags
Add to My Group(s)
Go To Commenting
The views expressed herein are the sole responsibility of the author and do not necessarily reflect those of this website or its editors.