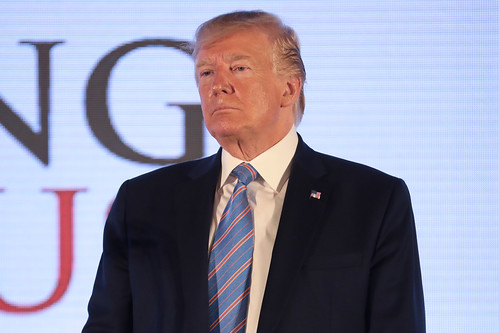 The Democratic candidates raised a total of $140.8.

That's alone is more than triple what Trump raised.

Then there are the billionaires, Steyer and Bloomberg. Add over $100 million more spent, call it $110 million and that's probably an underestimate. That puts the total raised or spent at over $250 million. And whatever the DNC, the DSCC, the DCCC and other Democratic organization raised is not even included (and I can't find a report of the DNC's 4th quarter fundraising results).

I just don't understand why the comparison of Trump's fundraising to that of the combined fundraising of the Democratic candidates has not been reported and commented upon.

And why has the DNC not reported its fourth-quarter fundraising? If they did, please help me out and I'll revise my speculation that they haven't because it is bad--and they deserve to be doing badly because they don't respect the voters. If they did, they'd totally get rid of Superdelegates, instead of the charade that they did... until the second voting round.

Anyway. I'm sure Trump has figured it out. But why, I ask you have the networks chosen not to discuss it? Who gains from that omission?

Related Topic(s): 2020 Elections; Fundraising, Add Tags
Add to My Group(s)
Go To Commenting
The views expressed herein are the sole responsibility of the author and do not necessarily reflect those of this website or its editors.