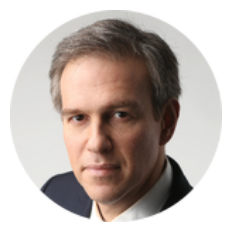 NYTimes Bret Stephens has written an article, What Will It Take to Beat Donald Trump? This is the kind of advice you would expect from a conservative Republican who was recruited from the Wall Street Journal. It's, nonsense, unless you're a Trumper or a Democratic centrist who doesn't believe that American can accomplish anything bold. Here's a sample:

...the progressive left's values seem increasingly hostile to mainstream ones, as suggested by the titanic row over J.K. Rowling's recent tweet defending a woman who was fired over her outspoken views on transgenderism. Third, the more the left rages about Trump and predicts nothing but catastrophe and conspiracy from him, the more out of touch it seems when the catastrophes don't happen and the conspiracy theories come up short.

"In a contest between the unapologetic jerk in the White House and the self-styled saints seeking to unseat him, the jerk might just win.

How to avoid that outcome?

The most obvious point is not to promise a wrenching overhaul of the economy when it shows no signs of needing such an overhaul.

We have a conservative right-wing columnist telling Democrats what to do and how to win against Trump. That's questionable to begin with. He sounds just like Hillary Clinton and he lists the Centrist candidates who, I believe are really, Republicans light.

People don't vote for Republicans light, or Democrats who act like Republicans. They vote for candidates who show that they care about the voters rather than the big dollar donors.

We do not need someone who is afraid to take risks or make change happen. We do not need another can't-doist just like Hillary Clinton was, and like Amy Klobuchar and Joe Biden are. These Centrists are people who don't believe in America, who are constantly saying that America can't do this, America is unable to do that.

We need a candidate who believes in America and the American people, who will stand up for the middle class and the vast majority of Americans. We need a candidate who takes a stand, who has the courage to call for the real change that is desperately needed in America. That is the candidate who will defeat Trump and that is not Klobuchar or Buttiegieg or Biden.But the centrist Democrats fighting for their deck chairs on the Titanic, who are doing everything they can to sabotage progressives, would rather lose the election than allow a progressive to win.

It's time for the millions of supporters of both Bernie Sanders and Elizabeth Warren make it really clear to the DNC and Democratic leadership that they have to cut this sh*t out, and that includes getting rid of Superdelegates completely, not the bogus ruse that pretends they do count count, because they only vote in the second round of the convention.

The thing is, conservative Bret Stephens is saying the kind of stuff that the Centrist Democratic leaders and Centrist candidates Biden, Klobuchar, Buttigieg and Bloomberg are all trying to sell. It'll be interesting to see which of these candidates embrace what Stevens says. And I'd be very surprised if some of the Democratic leaders and the centrist Third Way don't also embrace this America can't do it mentality.

Related Topic(s): Centrist-Moderate; Columnist; Conservative Republican, Add Tags
Add to My Group(s)
Go To Commenting
The views expressed herein are the sole responsibility of the author and do not necessarily reflect those of this website or its editors.