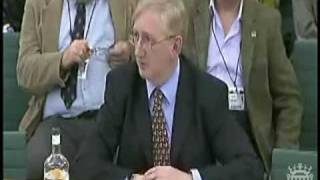 Murray is currently scheduled to present the Sam Adams Award for Integrity in Intelligence to CIA whistleblower John Kiriakou at the end of September. He also is supposed to speak at a conference planned by World Beyond War around the same time. But the U.S. government has refused Murray "entry clearance."

"News that former British Ambassador Craig Murray has been denied entry to the United States under the regular visa waiver program is both shocking and appalling," the statement declared. "We Sam Adams Associates for Integrity in Intelligence (SAAII) had invited Craig to be Master of Ceremonies at our award ceremony honoring John Kiriakou, the CIA torture whistleblower (more details at samadamsaward.ch), this September as part of the 'No War 2016' conference."

"Now we're wondering which agency's long arms have reached out to disrupt our ceremony and to try to silence Craig."

Director of World Beyond War, David Swanson, reacted, "This attempt to prevent a truth-teller from speaking in support of nonviolence is absolutely shameful. This is not a policy created to represent any view of the U.S. public, and we are not going to stand for it."

Murray was the British ambassador to Uzbekistan from 2002 to 2004. He criticized Uzbekistan's repressive government, and when he was removed from his post, it occurred shortly after he told the Financial Times that MI6 was using intelligence Uzbek authorities obtained through torture.

Since his departure, Murray has become a defender of WikiLeaks and its editor-in-chief Julian Assange. He has harshly criticized the illegality and crimes surrounding the Iraq War. He has spoken out about British and U.S. intelligence dealings with the Uzbekistan security services and periodically calls attention to aspects of the U.S. relationship with Uzbekistan.

Murray shared in a post on his personal blog, "Like millions of British passport holders I have frequently visited the USA before and never been refused entry clearance under the visa waiver program."

He adds, "It is worth noting that despite the highly critical things I have published about Putin, about civil liberties in Russia and the annexation of the Crimea, I have never been refused entry to Russia. The only two countries that have ever refused me entry clearance are Uzbekistan and the USA. What does that tell you?"

Murray plans to apply for a visa, however, it is entirely possible his application will not be approved by the time he is supposed to travel.

Van Buren, a State Department whistleblower, wrote on his personal blog, "No one has told Murray why he cannot travel to the U.S., though he has been here numerous times over the past 38 years. Murray learned of his travel bar when applying for the online clearance the U.S. requires of all "visa free" travelers. Murray was electronically informed to contact the State Department to see if he might qualify otherwise."

"Ambassador Murray was stopped by what the State Department and Homeland Security calls 'a hit.'"

Kevin Gosztola is managing editor of Shadowproof Press. He also produces and co-hosts the weekly podcast, "Unauthorized Disclosure." He was an editor for OpEdNews.com
Related Topic(s): Whistleblowers-ing; Whistleblowers-ing, Add Tags
Add to My Group(s)
Go To Commenting
The views expressed herein are the sole responsibility of the author and do not necessarily reflect those of this website or its editors.