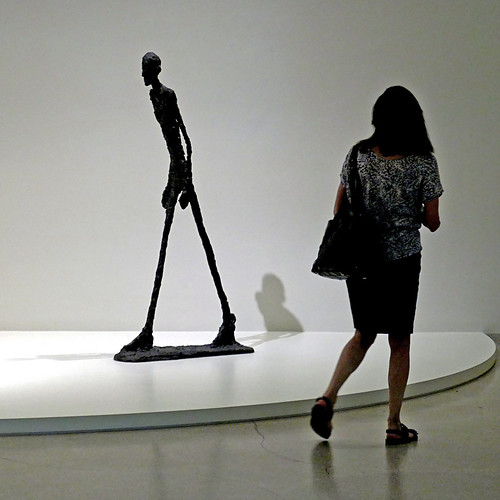 The intimate human experience of time standing still is universal, although rare. When we undergo it, we are stunned. Silence seems to enclose us. It is the correlative to the more common experience of time passing at different speeds, sometimes slowly, sometimes fast, despite clocks. These universal experiences do not accord with the teleology that underlies the modern world with its scientific principle that leads to entropic death triumphant. They are therefore, as John Berger, the English writer and art critic, writes, "dismissed as subjective, because time, according to the nineteenth-century view, is objective, incontestable and indifferent; to its indifference there are no limits."

As a result of living within this scientific and technical presupposition that the background ticking of the clock is the only truth and time is a one-way street, we are now living inside a hopeless mind-frame of a scientific theocracy that says all will end in entropy. This is nihilism; for at the end of this clock time is nothingness, the infinite void. This is the unstated "future," but a future that is also now, a noxious injection that surreptitiously poisons people at the well of their lives where cracks in the consensual reality open and other truths fly in, or as Emily Dickinson said, "'Hope' is the thing with feathers/That perches in the soul/And sings the tune without the words/And never stops - at all"

The one-dimensional finality of the view of time as death triumphant is the nihilistic future Nietzsche said was coming, and it is here. And being here, it tries to reduce any experience that transports us beyond time to personal lunacy and worthy only of dismissal. It reduces human subjectivity and transcendent joy and despondent suffering to the ravings of a madman. Facts are facts says this unstated premise, and if you don't get that, you are a joker and will be rendered invisible.

In the new movie "Joker," the suffering Arthur Fleck, the eponymous Joker, is abandoned by a cruel American society whose capitalist order cares not a whit for its regular people, and in a penultimate scene when Arthur is appearing on a late night television show where the snide and condescending host mocks him and his attempt at comedy, Joker says to the host:

In that quote lies our current fate, the dark night that has descended on our world since Nietzsche issued his warning. The system that knows and controls so much decides human truth and what is good and evil, always of course, deciding in its own favor, even to suggest that all is woe and all hope is gone while heading to the bank with its ill-begotten lucre.

No wonder all the media, mainstream and alternative, are today filled with headlines and titles screaming about our impending extinction, doomsday, and the apocalypse. The end days are near. Just as our fictitious "telling of time" with advanced technology has sped up since the simplest clock and speed has devoured space, so too have all the admonitions to prepare for the end of the world, as if you could. Just pack your suitcase and you're off. These warning are often accompanied by assertions that humans, having contaminated the planet, don't deserve to survive; that humans are vermin; and that, anyway, it's too little too late, we don't have time. Extinction will be arriving shortly, even if we protest its arrival. It's hopeless, so don't have children, or, if you have them already, teach them that "life is a tale told by an idiot signifying nothing." A one-way trip to dusty death where the trains run on time and the last stop is Nowhere.

Such political commentary, while often based on obvious problems caused by systemic structures of capitalist exploitation and technological hubris, implicitly rejects millennia of human experience and the testimony of the world's great art and spiritual experience. It rests upon a metaphysical assumption disguised as science that brackets out any word to the contrary. It is the triumph of technical reason over the revelation of hope that is rooted in love, sexuality, and the human body, not abstractions.

"Our totalitarianism begins with our teleology," writes Berger in his brilliant essay, "That Which Is Held."

"What is ahistorical is the need to hope. And the act of hoping is inseparable from the energy of love, from that which 'holds,' from that which is art's constant example."

Such as the painting of a plaid suitcase by a little-known artist that hangs in my mental museum. My father once went on vacation, and when he arrived at his destination and opened this suitcase, he found that it is was empty. He had forgotten to pack and was overcome with joy at the realization. He wanted for nothing. This was his masterpiece, created when he wasn't looking.

Just yesterday, I was being thought by these thoughts as I took an early morning walk by the neighboring lake. A group of geese, like battleships on the sea, greeted me with their honking, and as I dawdled along, they dove to show me their white asses, as if they were college boys out on a drunken lark, mooning anyone who passed. It seemed as if I were being mocked for allowing these thoughts to drift into my mind, guests that I did not summon but came uninvited. Many days I feel as though I am visited by words and images that transport me into reveries of time lost and time found and time beyond time. Rilke captures a bit of this with these words:

O longing for places that were not

Cherished enough in that fleeting hour

Related Topic(s): Capitalism; Despair; Entropy; Experience; Hopelessness; Love; Memory; Nietzsche; Nihilism; Teleology; (more...) Time; Walking, Add Tags  (less...)
Add to My Group(s)
Go To Commenting
The views expressed herein are the sole responsibility of the author and do not necessarily reflect those of this website or its editors.