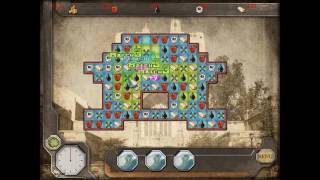 Imagine that there was another revolution. And that nothing big had changed. Demographics, power dynamics, culture, our economic system and political values were pretty much the same as they are now. If we Americans rolled up our sleeves and reimagined our political system from scratch, if we wrote up a brand-new constitution for 2017, what would a brand-spanking-new United States Version 2.0 look like today?

A lot of stuff would be different. Like, there wouldn't be an electoral college. (Only a handful of countries, mainly autocracies in the developing world, do.)

There probably wouldn't be a Second Amendment; if there were, it would certainly be limited to the right to own pistols and hunting weapons. And the vast majority of gun owners believe in regulations like background checks.

Does anyone believe we would choose the two-party duopoly over the multiparty parliamentary model embraced by most of the world's representative democracies?

Our leaders fail us in innumerable ways, but perhaps their worst sin is to accept things the way they are simply because that's the way they have always been. Whether in government or business or a family, the best way to act is determined by careful consideration of every possibility, not by succumbing to inertia. Don't just imagine -- reimagine.

We live in the best country in the world. That's what our teachers taught us, our politicians can't stop saying (even the critical ones), and so most Americans believe it too.

But it isn't true, not by most measures.

Americans suffer from drastic income inequality, massive adult and child poverty, an atrocious healthcare system, higher education affordable only to the rich, blah blah blah. Plus the candidate who gets the most votes doesn't necessarily get to be president. It doesn't have to be this way. We just need a little imagination.

Probably because I have a foreign-born parent and thus dual citizenship, and also because I have been fortunate enough to visit a lot of other countries, I bring an internationalist perspective to my political writing and cartoons. Like RFK I don't accept things how they are. I imagine how things could be. Why shouldn't we learn from China's ability to build infrastructure? Why can't we improve food quality standards like the EU? Aiming for the best possible result ought to be the standard for our politicians. For citizens too.

New New York Times columnist Bret Stephens called for repealing the Second Amendment following the recent mass shooting in Las Vegas. His piece made a splash because he's a conservative. Setting aside whether banning guns is a good idea, no one followed his suggestion to its logical conclusion: it won't happen. Not just because guns are popular (which they are), or of the influence of the NRA's congressional lobbyists (who are formidable), but because it's impossible to amend the constitution over any matter of substance. In fact, the U.S. has the hardest-to-amend constitution in the world.

Girls can join the Boy Scouts and women can fight our wars, yet we live in a country that never passed the Equal Rights Amendment. We The People have moved past our ossified, stuck-in-1789 Constitution.

So has the rest of the world. In days of yore, when the U.S. was still that shining city on a hill, newly independent nations modeled their constitutions on ours. No more. Rejecting our antiquated constitution because it guarantees fewer rights than most people believe humans are entitled to, freshly-minted countries like South Sudan instead turn to documents like the European Union Convention on Human Rights and the Canadian Charter of Rights and Freedoms.

Other nations replace their constitutions completely an average of every 19 years. By global standards, our 228-year-old charter is ancient. More recent constitutions cover the right of every citizen to education, food and healthcare. Unlike ours, they guarantee the right of defendants to be considered innocent until proven guilty.

I'm not suggesting that we convene a second constitutional convention. Not now! Two hundred twenty-eight years ago they had Thomas Jefferson and James Madison; we have Nancy Pelosi and Paul Ryan. This political class isn't fit to rubberstamp a routine raising of the debt limit, much less figure out how this More Perfect Union could become new and improved.

Related Topic(s): Guns; Illusion; New Usa; Rights, Add Tags
Add to My Group(s)
Go To Commenting
The views expressed herein are the sole responsibility of the author and do not necessarily reflect those of this website or its editors.