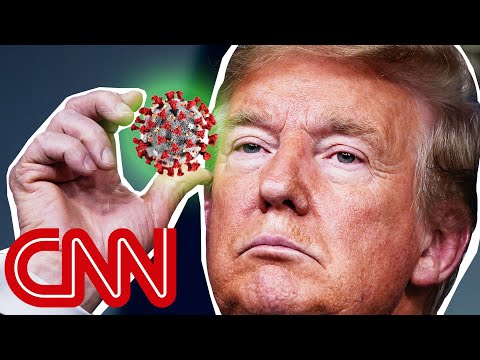 Trump's scheduled rally in Tulsa this weekend and his moving the Republican convention to Florida both demonstrate that he is more than willing to take actions that will kill Americans in order to get his ego stroked and increase his chances of reelection.

A new book by Trump's niece tells the story of how Donald Trump cut off payments for his nephew's medical treatment, who had cerebral palsy, as a negotiating weapon to extract more money from his father's estate.

Meanwhile, scientists report that if more than 80% of Americans simply wore masks, the R transmission rate would go below one, and the virus would begin to fade out.

These three separate data points are not really separate. They are all the same thing.

Donald Trump is willing to take specific, willful, intentional actions that will lead to the deaths of other people in order to get what he wants, even when they are members of his own family. If Trump had simply reacted to the coronavirus in January like South Korea did -- or in February like Australia, New Zealand, and most of northern Europe did -- there would be at least 60,000 Americans still alive today. Instead, because he lied and blustered and ignored, those people are dead and another hundred thousand will probably die before the election.

Trump and Eugene Scalia, the Labor Secretary, are working together to cut off unemployment benefits to millions of America's most poorly paid but at-risk workers in order to force them back to work.

He doesn't care how bad the epidemic gets or how many people die, as long as most of the deaths happen in the weeks and months after the election.

Every other country in the world that is not run by a strongman dictator and has a functioning government is executing a specific plan to protect their citizens from this deadly virus.

Trump and Republicans are not only ignoring the need for a plan but are actively working against the advice of their own scientists, putting politics and Trump's ego above the lives of American citizens.

The cruel and willful brutality of Trump and Scalia's strategy is shocking, and the rest of the world looks at us with horror. Yet the Republican Party seems to think that this is all just fine.

Some have even suggested that the coronavirus will help Republicans this fall, because Democrats are less likely to go out and vote, causing several Republican controlled states to do everything they can to block mail in voting.

Weaponizing a virus for political purposes is a crime against humanity, and it is being committed right in front of our own eyes against our friends and neighbors, coworkers and family members.

Our work is licensed under a Creative Commons Attribution-Share Alike 3.0 License. Feel free to republish and share widely

Related Topic(s): Coronavirus; Death; Political Attacks; Rally; Trump, Add Tags
Add to My Group(s)
Go To Commenting
The views expressed herein are the sole responsibility of the author and do not necessarily reflect those of this website or its editors.