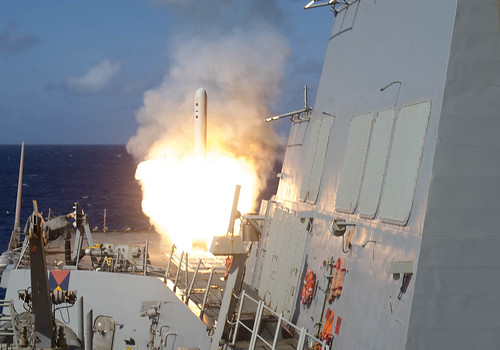 In this episode of "The Beloved Community", Mark Taliano and Andrew Ashdown shed light on what is really happening in Syria. Their evidence-based, on the ground narratives, are shockingly different from the fake, monochromatic narratives fed to Western populations on the tv and in the news.

We learn that Syria is a secular society, with a secular constitution, blessed with a "full spectrum" of Christian and Muslim communities living and thriving together.

We learn that the Western terrorists, all of them "extremists" who commit unimagineable atrocities, are commanded and controlled by NATO.

We learn that whereas the elected government led by President Assad protects all communities in Syria, including Christian communities, the terrorists exterminate Christians and Muslims and seek to impose their Wahhabi diktats and their extremist interpretations of Sharia Law wherever they occupy.

Finally, we are left wondering how Western governments could have deceived us for so long, and when will Western populations demand an end to the holocaust being perpetrated by governments that falsely claim to represent "the people".

Listen to the podcast below. Transcript follows.

John Shuck [00:00:46] My name is John Shuck and you are listening to The Beloved Community. The Beloved Community is on the second Friday of every month between 9 and 10 a.m., looking at spirituality, social justice, various issues regarding activism, what's happening in the world, alternative viewpoints to official narratives, and we have one this morning. My guest is from Hamilton, Ontario. His name is Mark Taliano and he's written a book called "Voices from Syria." He's a former high school teacher, author, and activist, and independent investigative reporter, and a research associate with the Center for Research on Globalization. Also known as Global Research. In 2016, he traveled to Syria with the Third International Tour of Peace where he spoke with and listened to many Syrian citizens. In his book "Voices from Syria," Mark combines years of research with on the ground observations to present an informed and well-documented analysis that refutes mainstream media narratives about the dirty war on Syria. His Web site is Mark Taliano Dot Net. www.marktaliano.net. And he's with me from Hamilton Ontario. Also we are working to get a hold of"we're trying to get a hold of from the UK, Reverend Andrew Ashdown who also has experience with Syria and what is happening there. But first we'll get Mark on the phone. Mark are you with me?

John Shuck [00:02:20] Very good. Welcome. Glad to have you here. So we'll talk for a little while. The engineer is going to work on seeing if we can't get Andrew on and if not we'll have to see if Andrew can call us. But I wanted to talk just the basics here. You went to Syria three years ago. You've been interested in Syria for some time before that. Can you provide some background to your connection and interest in Syria?

Mark Taliano [00:02:42] Yeah, well I was there a few years ago but I was also there in 2018 and actually I had the misfortune of being there, well no it is always fortunate to be there. But when I was there in 2018 that's when the NATO ships bombed Syria with their cruise missiles, and some of them landed really close by, like maybe five kilometers from where I was. That was quite terrifying. And it was based upon a false flag. In other words in Douma, there was no chemical attack like that. The Syrian government did not attack its citizens with chemical weapons.

Related Topic(s): Al-qaida; Assad; Empire; Faith; Islamophobia; Propaganda; Secular; Syria; Women, Add Tags
Add to My Group(s)
Go To Commenting
The views expressed herein are the sole responsibility of the author and do not necessarily reflect those of this website or its editors.