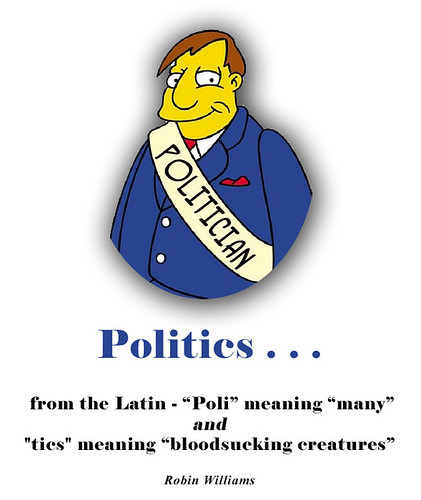 I started life as a Democrat and didn't know it. I came from a working-class family of first and second-generation Europeans. And there was no confusion about who represented our interests.

They were hard working people who never claimed a penny of public support. They were also union members and earned enough to educate me and my generation if we wanted it. Yes, that attitude was very consistent with the principles of the Democratic Party.

As I grew up, was educated and joined the ranks of corporate management my views tended to shift toward the Republican Party agenda of the times. (1960's to 1980's) Then came Reagan and by then the party began to spread the idea of supply side economics and trickle-down wealth.

I noted that the young bucks coming into the corporate world with recently minted MBA's tended toward finance as the sweet spot of future advancement. I didn't know it then, but it was the beginning of the destruction of an old-fashioned idea. That idea was that company-employee loyalty worked both ways. It was demonstrated by diamond service pins given at "length of service" dinners and the power of the collective loyalty of the employees to make the business successful.

It had taken another ten years or so before I realized that the Republican Party was not what it had been when I joined in the 60's. And I went back to my roots. That is, I went back to believing that equal opportunity is the only way to create and sustain a healthy productive society. And that supply side, trickled down economics is a fantasy created to convince the rest of us to tolerate the mega-wealthy's barely disguised effort to find a moral justification for unbridled greed.

Today, I sound like I'm far to the left of Bernie. And on social issues I am. But I can't ignore my years of business experience as an owner, executive, and consultant. I still believe in sound fiscal management.

I don't think of myself as a Democrat or a Republican today. I know that sounds strange to those who see me as radically liberal. But it's important to recognize that one's point of view is affected by where one stands. What I mean is the farther over one is to the right, the further over to the left I might appear to be.

So, for the moment I want to forget the labels and say what I stand for. I stand for an equal footing for everyone. A country as rich as ours can provide that footing. We can't and shouldn't try to guarantee outcomes. But we can be sure we have a solid foundation for everyone that doesn't allow anyone to slip through the cracks.

We can help people with easier access to education, healthcare, housing, nutrition, safety and protection, equal justice, decent neighborhoods, freedom to worship or not according to our conscience, and freedom to express our ideas without fear of reprisal. Further, all this must be secured with a free press.

I'm afraid we've come to a point where political affiliation is simply a matter of deciding whose sinking ship you want to board for the final ride.

Yes, there are valid arguments that one party is still more representative of the people and the other representative of corporations and the wealthy. But even that argument is failing to make sense in a country where the cost of elections is only second to the cost of its wars. And to be sure, we've only had about twenty out of the 240 years of our existence without a war going on somewhere.

I'll rest my case on this final piece of logic. The man in the White House is not of either party. He represents the emergence of a new type of politician. His only party loyalty is to himself and the enrichment of his friends and family. He's replacing competence with loyalty. He's trading public protections for the freedom to plunder their remaining wealth. And he's selling his loyal base their own fevered prejudices as a way of making the country great again. And they're buying it by the bushel full.

Related Topic(s): Argument; Competence; Corporations; Democrat; Elections; Empire; Employees; Greed; Logic; People; (more...) Politicians; Public; Republican, Add Tags  (less...)
Add to My Group(s)
Go To Commenting
The views expressed herein are the sole responsibility of the author and do not necessarily reflect those of this website or its editors.