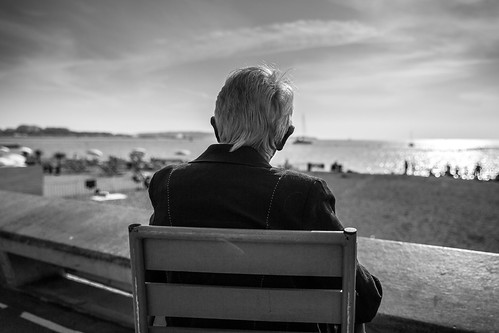 There was a time when it was respectable to be a man. I took responsibility for my obligations willingly. I loved the fact that I provided employment for people, found, and developed talent, promoted those who worked diligently and contributed to the welfare of society in some small way. I fathered four children, who today are educated, productive and contributing adults with children of their own.

After graduating college, I left home with very few dollars in my pocket and managed to build a career, support a family, educate four children, and retire with sufficient assets to live independently without being a burden on society.

So why do I feel so damned disreputable today?

Maybe it's because people blame so much of today's problems on "old white men." And to some extent, they are correct until they lump us all into the same category.

You see, I've been schooled on using the proper pronouns, respecting other religions, races, sexual orientations, which hat to wear during a march, whose special interest group was left out when we honored another, etc., etc., ad infinitum. And I'm working every day to become better at what I learn.

Well, here's another one to check off your list if you're keeping score. When you blame every problem on "old white men," change your reference to add the qualifier "some."

"Some old white men" have, are, and will be, causing your problems. But many more will be suffering the same negative effects. We are not immune because of the color of our skin or the shape of our genitalia. With everyone's sensitivities as elevated as they are today, I would think this won't be that difficult.

Deep down, I think it's too late to salvage the system in our society. The damage is so severe, the trauma so debilitating, the division so entrenched, I don't think we can recover. I think we're seeing the natural culmination of a culture of radical independence, the extremes of the "what's in it for me" mentality, having its debilitating effects on the ties that bind societies. These are final stages, so to speak.

As with most empires, it takes the cooperation of internal and external forces to destroy themselves. In our case, our unwillingness to recognize the damage we do to each other while pursuing our personal goals won't allow us to make the best choices for the benefit of the whole. In simple terms, we can't see the forest for the trees. In these times, our own singular little tree blocks our vision.

The external force, in this case, is the vision and power of other countries with systems designed for the benefit of the whole and not just for the individual. Those systems that put society in the first place knowing that a healthy society supports its individual members best.

We are a small nation in terms of numbers of people with about five percent of the world's population. We've taken a "me first" attitude on the world stage, and there simply aren't too many modern nations willing to accept their second-class status. So, while we fool ourselves, no one else is buying our special brand of American exceptionalism BS.

So, let's keep making gross generalizations about each other. Let's keep schooling each other on how we want to be addressed and who we want to blame for our problems. Let's keep electing officials who don't understand the decisions they're being asked to make. Let's keep telling ourselves, we're special; each and everyone of us is so special we need to identify those who are causing our suffering because it can't possibly be us.

And let's all enjoy the experience of living in the last days of a dying empire. And while we are at it, maybe some introspection about how we're contributing to our own demise might be appropriate.