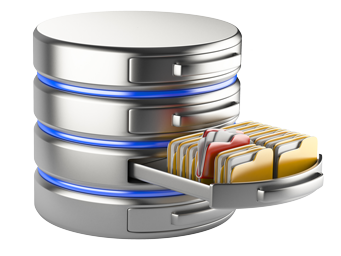 Number one: There's a reason that other rich countries treat healthcare as a taxpayer-financed social program. Employer-based health insurance was stupid pre-COVID-19 because our economy was already steadily transitioning from traditional full-time W-2 jobs to self-employment, freelance and gig work. The virus has exposed the insanity of this arrangement. Millions of people have been fired over the last two months; now they find themselves uninsured during a global health emergency. The unemployed theoretically face fines for the crime of no longer being able to afford to buy private healthcare.

The second inherent flaw in the U.S. approach is that it's for profit. Greed creates an inherent incentive against paying for preventative and emergency care. Even people who are desperately ill with chronic conditions see 24% of legitimate claims denied.

When your insurance company issues a denial, they don't merely pocket that payment. They also add to future profits. Even if you're insured, the hassle of knowing that you might get hit by a surprise bill for uncovered/out-of-network charges makes you more likely to stay home rather than to risk seeing a doctor or filling a prescription and going broke. "Visits to primary care providers made by adults under the age of 65"dropped by nearly 25% from 2008 to 2016" due to routine denials by insurers, reports NPR.

Denials also create a societal effect: news stories about patients with insurance receiving bills for thousands of dollars after being treated for COVID-19, even just to be tested, prompt people to stay away from hospitals and try to ride out the disease at home. Some of those people die.

There's another, third structural problem exposed by the pandemic -- but it's not receiving attention from public policy experts or the media. I'm talking about America's lack of a centralized healthcare system.

A centralized healthcare system has nothing to do with who pays the doctor. A centralized system can be fully socialized, government-subsidized or fully for-profit. In such a scheme all patient records are stored in a central online database accessible to physicians, pharmacists and other caregivers regardless of where you are when you need care. If you fall ill while you're on a trip away from home, the admitting nurse at a walk-in clinic or hospital has instantaneous access to your complete medical history.

The current system is primitive. Data is not transferable between doctors or medical systems without a patient's directive, which inexplicably is often required by the obsolete technology of sending a fax. That assumes the sick person is sharp enough to remember which of his previous doctors did what when. And that's it's not a weekend or national holiday or a Wednesday, when some doctors like to golf.

Unless a patient happens to be wearing a medical alert bracelet, there is currently no way to determine whether an unconscious victim is allergic to a drug, has a chronic illness or that there's a treatment regimen proven to be more effective for them. Even if the patient is alert and conscious, a new doctor may ignore her request for a specific medication in favor of cookie-cutter one-size-fits-all treatment.

A few months ago I developed the classic symptoms of what we now know to be COVID-19. I live in New York. I succumbed while on business in LA. Trying in vain to fight off a relentless dry cough, difficulty breathing and day after day of brutal aches and fever, I visited a CVS walk-in clinic. I have a long history of respiratory illnesses: asthma, bronchitis, pneumonia, swine flu. I requested a third- or fourth-generation antibiotic since I knew from experience that I would inevitably decline with anything less. "We do not treat viral infections with antibiotics," the nurse, a charmless Pete Buttigieg type, pompously declaimed. I pointed out that viral lung infections usually have a bacterial component that should be treated with antibiotics.

This would not have been a issue back home in New York, where both my general practitioner and my pulmonologist know my medical history. Either doctor would have prescribed a strong antibiotic and a codeine-based cough syrup.

Because I happened to be in LA, I left CVS empty-handed.

It got to the point that I couldn't walk 100 feet without pausing to catch my breath. I felt like I was going to die.

Related Topic(s): Coronavirus; Doctors; Insurance; Medical Insurance; Medical Treatment, Add Tags
Add to My Group(s)
Go To Commenting
The views expressed herein are the sole responsibility of the author and do not necessarily reflect those of this website or its editors.