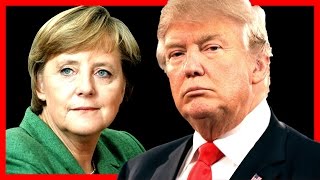 The Russia sanctions bill that passed the US Senate by 98-2 on June 15 is a bombshell; it directly demonizes the Nord Stream 2 pipeline, under the Baltic Sea, which is bound to double Gazprom's energy capacity to supply gas to Europe.

The 9.5 billion euro pipeline is being financed by five companies; Germany's Uniper and Wintershall; Austria's OMV; France's Engie; and Anglo-Dutch Shell. All these majors operate in Russia, and have, or will establish, pipeline contracts with Gazprom.

In a joint statement, German Foreign Minister Sigmar Gabriel and Austrian Chancellor Christian Kern stressed that, "Europe's energy supply is a matter for Europe, not the United States of America"; "instruments for political sanctions should not be tied to economic interests"; and the whole thing heralds a "new and very negative quality in European-American relations."

An oil trader in the Gulf bluntly told me, "the new sanctions against Russia basically amount to telling the EU to buy expensive US gas instead of cheap Russian gas. So the Germans and the Austrians basically told the Americans to buzz off."

A top US intel source, Middle East-based and a dissident to the Beltway consensus, stresses how, "the United States Senate by a nearly unanimous vote have decided to declare war on Russia (sanctions are war) and Germany has threatened retaliation against the United States if it initiates sanctions.

But then, there's a possible game-changing aftermath; "That would spell the end of NATO if a trade war between the EU and the United States takes place."

The usual Brexiteer suspects obviously are falling like a ton of bricks over the "Molotov-Ribbentrop 2 pipeline" -- another trademark expression of paranoia by Poland.

They are even demonizing Germany for daring to do business with Russia, "undermining the security and economic interests of Eastern and Central Europe" and -- yes, roars of laughter are in order -- undermining "American emotional backing for NATO."

So much pent-up "emotion" even leads to a nasty accusation of betrayal; "We know which side Poland is on. Which side is Germany on?"

What's really unforgivable though is that Nord Stream 2, in practice, buries for good failed state Ukraine's $2 billion in revenue from pipeline fees.

Nord Stream 2 is opposed by all the usual suspects; Poland; the Baltic states; Washington; but also the Nordic states. The top official argument is that it "harms EU energy security." That in itself embeds a massive joke, as the EU has been harming itself in interminable "energy security" discussions in Brussels for over a decade.

Analyst Peter G. Spengler qualifies the US Senate bill as a "declared, but not yet executed act of warfare, an act of (sanctions) war against Germany and Austria directly, possible recipients within the EU indirectly."

Related Topic(s): G-20; Germany; Pipeline; Russia; Sanctions; Undermining; Washington Greed, Add Tags
Add to My Group(s)
Go To Commenting
The views expressed herein are the sole responsibility of the author and do not necessarily reflect those of this website or its editors.