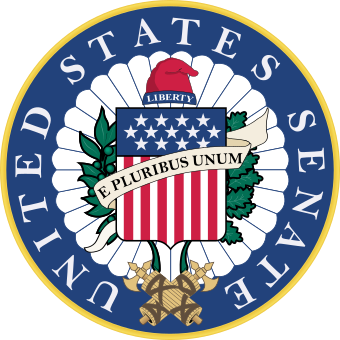 However, early in the morning the NYT followed Wasserman in calling the race for the Rev. Raphael Warnock, but said that the Ossoff-Perdue race remained too close to call.

At 4 am USA TODAY: wrote "Trailing much of the night, Ossoff surged ahead of Perdue by more than 8,500 votes after batches of votes from Democrat-heavy DeKalb County were released. Most uncounted votes remain in Democratic strongholds in the metro Atlanta area.

Ossoff campaign manager Ellen Foster said in a statement, "When all the votes are counted we fully expect that Jon Ossoff will have won this election to represent Georgia in the United States Senate... the outstanding vote is squarely in parts of the state where Jon's performance has been dominant."

The NYT noted: "The victory by the Rev. Raphael Warnock, the Democratic candidate in Georgia's other Senate runoff, meant that whichever party wins the Ossoff-Perdue race will capture control of the Senate", further noting, "

Stacey Abrams, one of the most influential American politicians not currently in elected office, is "broadly acknowledged as being most responsible for Georgia's new status as a Democratic state."

Ms. Abrams, the former minority leader of the Georgia state House, has spent a decade building a Democratic political infrastructure in the state, first with her New Georgia Project and now with Fair Fight, the voting rights organization she founded in the wake of her losing campaign for governor in 2018...It was her political infrastructure and strategy of increasing turnout among the state's Black, Latino and Asian voters that laid the groundwork for both President-elect Joseph R. Biden Jr.'s victory in November and the Democrats' performance in the Senate races, according to the New York Times.

The House and Senate will convene Wednesday afternoon for a remarkable joint session to formalize President-elect Joseph R. Biden Jr.'s Electoral College victory, with President Trump and his allies plotting to transform the counting session into one final, futile attempt to overturn the results.

Bipartisan majorities in both chambers are prepared to meet late into the night to beat back the challenges and confirm Mr. Biden as the winner. But by using what is typically a ceremonial proceeding as a forum for trying to subvert a democratic election, Mr. Trump and his allies are going where no party has since the Reconstruction era of the 19th century, when Congress bargained over the presidency.

Its implications, for future elections and the Republican Party, could be significant.

Related Topic(s): Georgia Election, Add Tags
Add to My Group(s)
Go To Commenting
The views expressed herein are the sole responsibility of the author and do not necessarily reflect those of this website or its editors.