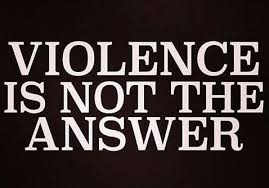 Holden Matthews is a 21-year-old pagan. He is accused of burning down three historically black Christian churches in Louisiana earlier this year. Matthews is now "charged with three counts of intentional damage to religious property, three counts of using fire to commit a felony and hate crime charges that fall under the Church Arson Prevention Act."

Matthews was a member of a black metal band called Vodka Vultures. Black metal music has a strong anti-religion theme to it. Personally, I think this is great. However, one of the elements that make the man-made "revealed" religions so bad is their use of religious violence whenever they are able to use it. For an anti-religion person to use violence against religions and religious people makes the person doing so just as bad as the religious people who use or support religious violence.

Throughout the history of the Abrahamic "revealed" religions, religious violence has been extensively used. Whether it was the ancient Israelites committing genocide against their neighbors at the alleged command of God to do so, whether it was the Thirty Years War fought between Catholics and Protestants which took the lives of four to twelve million people, whether it was Muslims slaughtering infidels/non-Muslims in the Middle East, or whether it was Mormons murdering families who were moving west in the Mountain Meadow Massacre in 1857, all of the Abrahamic "revealed" religions support and use religious violence when they are able to.

In many instances the religious people use religious violence because what they teach and proclaim to be "the truth" is nothing but pure nonsense. The clergy know that if anyone applies their innate God-given reason to the teachings of their religion, they will see it is nonsense and will not support it. A way to silence a person who has honest questions about religious teachings is to use religious violence against them. This was done throughout the Inquisition, which lasted from the 12th century through to its last act of religious violence with the murder by hanging of the Deist hero Cayetano Ripoll on July 26, 1826.

Deists, and all rational people, have no need for violence (except in some cases where defensive violence is necessary). This important fact is one of the many qualities that sets Deism apart from the "revealed" religions. The only way to help people break free of the ungodly negative influence of the "revealed" religions is by openly and unapologetically applying our innate God-given reason to the nonsense taught by the man-made "revealed" religions. Thomas Paine pointed out the importance of doing this when he wrote in The Age of Reason, The Complete Edition:

"Nonsense ought to be treated as nonsense, wherever it be found; and had this been done in the rational manner it ought to be done, instead of intimating and mincing the matter, as has been too much the case, the nonsense and false doctrine of the Bible, with all the aid that priestcraft can give, could never have stood their ground against the divine reason that God has given to man."

Bob Johnson is a paralegal and a freelance writer in Florida. He was raised Roman Catholic, but after reading Thomas Paine's The Age of Reason, he became a Deist. In 1993 he founded the World Union of Deists and in 1996 he launched the first web (more...)
Related Topic(s): Deism; Freethinker; Religion; Violence; Violence-War, Add Tags
Add to My Group(s)
Go To Commenting
The views expressed herein are the sole responsibility of the author and do not necessarily reflect those of this website or its editors.