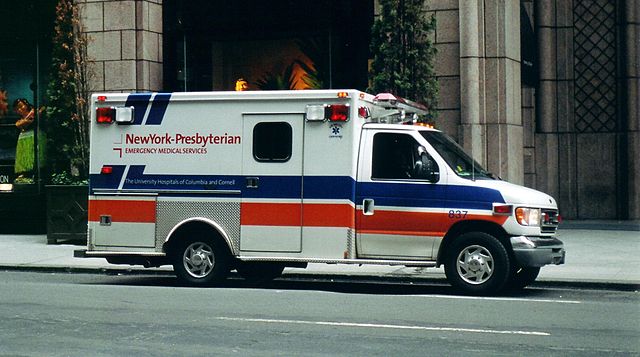 In July, Salt Lake City detective Jeff Payne violently abducted Alex Wubbels, a nurse at University of Utah Hospital. Most accounts don't put it that way -- they use the word "arrested" instead -- but Wubbels was released without charges because Payne's actions were clearly an extralegal physical power play by a police officer who was angry at not getting his way.

At issue: Payne wanted to draw blood from a patient who'd been involved in a traffic accident, presumably to test that blood for drugs and alcohol. The patient was not under arrest. He was unconscious and couldn't consent. And Payne didn't have a warrant. So Wubbels, in accordance with hospital policy, refused to let him molest her patient.

Since the incident, the hospital has revised its procedures to protect members of its staff. Law enforcement personnel are no longer allowed into patient care areas where they might bully doctors and nurses. They're required to check in at the front desk and deal directly with supervisors instead.

That's a good start, but it's only a start. Instead of merely changing the way they assist police, hospitals should make it clear that assisting police isn't their job.

Around the country, police have long conscripted medical professionals as investigative assistants, demanding not just blood draws but forced catheterizations, enemas, and colonoscopies.

The purpose of a hospital is to treat the sick and injured, not to act as an arm of law enforcement. If police bring in patients to treat, of course conscientious doctors and nurses will treat those patients.

But medical professionals have an ethical obligation "to abstain from doing harm." A medically unnecessary procedure exposes the patient to potential harm, as all such procedures come with risks. Furthermore, when a hospital develops a reputation for acting as an adjunct to law enforcement, that reputation will likely scare patients with potential legal entanglements into forgoing treatment, likely resulting in harm.

Hospitals should, as a matter of strict policy, refuse to perform unnecessary procedures for police evidence collection purposes, or to allow police to perform those procedures on their premises. And if, after the fact, a law enforcement agency wants access to patient specimens or patient information gathered for legitimate medical purposes, those things should be turned over only in response to a valid search warrant, issued on probable cause to believe a crime has been committed and signed off on by a judge.

Related Topic(s): Law Enforcement; Medicine, Add Tags
Add to My Group(s)
Go To Commenting
The views expressed herein are the sole responsibility of the author and do not necessarily reflect those of this website or its editors.