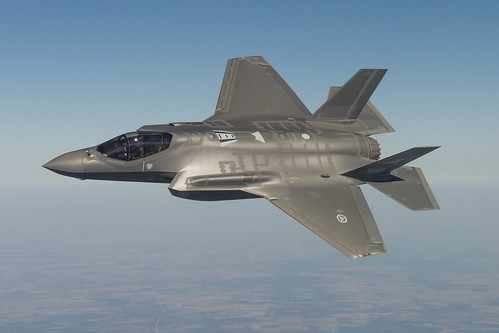 If the fourth of July mid-day parade in Washington D.C. was depressing, perhaps the heavy, hot and humid weather was to blame. It seemed to take the life out of the marching bands despite being supplied by reviving swigs of water. The evening was a different matter.

A far from usual jingoistic display of military hardware and aircraft flyovers with the president orchestrating the event and supported, as the occasion warranted, by a military band was the order of the day. News leaks have it that military chiefs were not too keen on the president's plans; hence the small numbers of aircraft. There is a good reason. If the military appears too strong and too advanced, -- and it is -- the public is less likely to support new hardware development programs.

Defense spending is by far the largest category of discretionary spending by the Federal government. It is also third overall of expenditures, behind only the required disbursements for social security and medicare. The U.S. spends not only more on defense than any other country in the world, it spends more than the next seven countries combined as noted in a May 2019 infographic report by the Peterson Foundation.

The military also extends its reach through bases across the world as well as through pacts like NATO. If one was to ask exactly how many foreign bases the U.S. maintains ... 10, 20, 50, 100, bearing in mind that Britain, France and Russia all together have about 30, an answer in two digits might be most plausible; in fact, the figure is 750 to over 800 down from a number closer to 1,000. Since a base is loosely defined, the total can vary depending on the source.

All this firepower at a president's finger tips is tempting. Yes, the authority to declare war lies with Congress but modern presidents are able to manipulate that body by fake propaganda (the infamous 'smoking gun will be a mushroom cloud' of the Iraq war for example) and spurious attacks leading to an emergency response.

Remembering the U.S. is currently involved in a war in Afghanistan, how many years has the U.S. spent at war since independence from Britain in 1776? The answer is a mind boggling 222 out of 239 years calculated by Freakonometrics in 2017 and we have continued to be in a war since then.

All this despite the fact that we have been notoriously unsuccessful in the latest such adventures: still bogged down in Afghanistan; Iraq run by a Shia government beholden and closer to Iran; and, of course, Vietnam, which was a defeat par excellence. Immense firepower wins battles certainly, as the U.S. did in these countries, though without guarantee of final victory. Nimble asymmetric warfare has a way of paralyzing large military forces, and a tired nation then seeks peace. None of this detracts from the sacrifice and heroism of individual soldiers. Were it only for a worthwhile (in retrospect that is) objective?

What does all this say about Iran? Is the military display a Trump bluff? Clearly, it would be the worst of follies to go to war against battle-hardened forces, in a larger country than Iraq, with greater military self-sufficiency. More than all this, the Revolutionary Guard is almost a nascent guerrilla force armed and ready for asymmetric war and, if it happens, America's next disaster in blood and treasure. Can we trust Trump to see reason?

Arshad M Khan is a former Professor. Educated at King's College London, Oklahoma State University and the University of Chicago, he has a multidisciplinary background that has frequently informed his research. He was elected a Fellow of the (more...)
Related Topic(s): Independence Day; Iran Treaty; Iran War; Military; Military Budget; Military Failure; Military Spending - Foreign; Parade, Add Tags
Add to My Group(s)
Go To Commenting
The views expressed herein are the sole responsibility of the author and do not necessarily reflect those of this website or its editors.