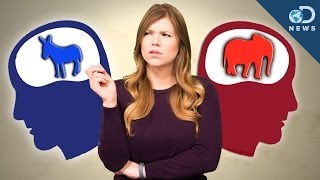 The busiest primary day of the US congressional election season saw incumbent Democrats and Republicans winning renomination easily, while in contests for open congressional seats the Democratic Party continued its push to select first-time candidates drawn from the national-security apparatus.

On the ballot Tuesday were the nominations for 85 congressional seats -- one-fifth of the US House of Representatives -- together with five state governorships and five US Senate seats.

Of the five Senate seats, only one is thought competitive, in Montana, where incumbent two-term Democrat Jon Tester will face Republican State Auditor Matt Rosendale, who has the support of the national party, President Trump and most ultra-right groups. Trump carried Montana by a sizeable margin in 2016.

Among the five governorships where nominations were decided Tuesday, Republicans are heavily favored in Alabama and South Dakota and Democrats in California and New Mexico, with only Iowa considered a somewhat competitive race. Republican Kim Reynolds, the lieutenant governor who succeeded Terry Branstad after Trump appointed him US ambassador to China, will face millionaire businessman Fred Hubbell, who defeated a Bernie Sanders-backed candidate, nurses' union leader Cathy Glasson, to win the Democratic nomination.

The most significant results on Tuesday came in the congressional contests, particularly in the 20 or so seats that are either open due to a retirement or closely contested, based on past results.

Perhaps most revealing was the outcome in New Jersey, where the Democratic Party is seriously contesting all five Republican-held seats. The five Democratic candidates selected in Tuesday's primary include four whose background lies in the national-security apparatus and a fifth, State Senator Jeff Van Drew, who is a fiscal and cultural conservative. Van Drew opposed gay marriage in the state legislature and has good relations with the National Rifle Association.

He is now the frontrunner for the Second Congressional District seat in southern New Jersey, which will be vacated by the retiring Republican Frank LoBiondo. The Democratic officeholder, who had the full backing of both the state and national party apparatus against three primary rivals, goes into the general election with a war chest of more than $600,000 compared to only $11,000 for Republican Seth Grossman, who narrowly won a four-way contest for his party's nomination.

The four national-security candidates in New Jersey include:

Third District: Andy Kim worked at the Pentagon and as a strategic adviser to general David Petraeus and John Allen while they were in command of US forces in Afghanistan. He then moved to the National Security Council at the White House, where he was President Obama's director for Iraq for two years. He has raised more money than the incumbent Republican, Tom MacArthur, although MacArthur is personally wealthy and will make up the deficit. The district covers the center of the state, including Burlington and Ocean counties.

Fourth District: Joshua Welle is a graduate of the Naval Academy with 12 years on active duty (2003-2015) supporting combat operations in Iraq and Afghanistan, as well as deployments to the Persian Gulf, Europe and the Far East. He also taught international relations at the Naval Academy, became the first Navy fellow at the Center for a New American Security, and was a term member at the Council on Foreign Relations. He then became a software consultant to the Pentagon. Welle faces an uphill race against 19-term Representative Christopher Smith in a mid-Jersey district centered on Monmouth County, which is the wealthiest in the state.

Seventh District: Tom Malinowski, a former congressional aide and Clinton administration official, headed the Washington office of Human Rights Watch for 13 years before joining the Obama administration under Secretary of State John Kerry as assistant secretary of state for democracy, human rights and labor. He will challenge five-term incumbent Republican Leonard Lance in a district encompassing the southwest suburbs of the Greater New York metropolitan area.

Eleventh District: Mikie Sherrill was a career Navy helicopter pilot, with 10 years active duty in Europe and the Middle East, who left the military to become a federal prosecutor. Sherrill has raised more than $2.5 million for her campaign, a massive sum for a first-time congressional candidate, and is now the favorite in a district in the western suburbs of Newark, where 12-term Republican Representative Rodney Freylingheusen retired rather than face a difficult reelection challenge.

Sherrill has been singled out by Democratic Party leaders and the corporate media for promotion as a future political "star." The New York Times went so far as to publish an editorial endorsement before the primary, urging her selection as the Democratic Party nominee over four opponents, praising her "military background" and concluding that "we believe Ms. Sherrill is the strongest candidate, and endorse her with confidence."

Patrick Martin writes for the World Socialist Website (wsws.org), a forum for socialist ideas & analysis & published by the International Committee of the Fourth International (ICFI).
Related Topic(s): Anti Bernie Sanders; Party Politics Democratic; Party Politics Republican; Primaries, Add Tags
Add to My Group(s)
Go To Commenting
The views expressed herein are the sole responsibility of the author and do not necessarily reflect those of this website or its editors.