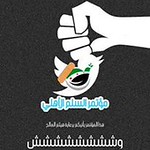 The US is waging multiple fronts of war against Syria, including brutal sanctions, while claiming concern over the well-being of Syrian civilians - the vast majority of whom are suffering as a direct result of US policies.

On June 17, the US implemented the Caesar Act, America's latest round of draconian sanctions against the Syrian people, to "protect" them, America claims. This, after years of bombing civilians and providing support to anti-government militants, leading to the proliferation of terrorists who kidnap, imprison, torture, maim, and murder the same Syrian civilians.

America trigger-happily sanctions many nations or entities that dare to stand up to its hegemonic dictates. The word "sanctions" sounds too soft - the reality is an all-out economic war against the people in targeted nations.

Related Topic(s): Sanctions; Syria, Add Tags
Add to My Group(s)
Go To Commenting
The views expressed herein are the sole responsibility of the author and do not necessarily reflect those of this website or its editors.