I have a lot to update on from various areas of Russia over the past few weeks, but have been working hard on a special project that takes priority over all my other work and over even simple updates (and which unfortunately two days ago I had to re-start from the beginning when my project and backup project inexplicably failed).

Yesterday was one of the few exceptions to me taking time from that project to post an update, because it's just too lovely to not post while still buzzing from the happiness of the encounters I had in Crimea today, again.

Yesterday afternoon, I walked 25 minutes or so from my Simferopol hotel to the train station, managed to buy a ticket thanks to translation app (119 Rubles, several hundred fewer than the bus prices I was seeing online), and had a delightful train ride in a slow train filled with locals getting off/on the train periodically over the two hours of the journey. 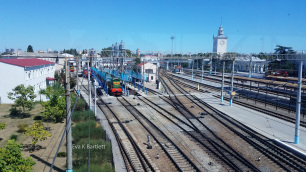 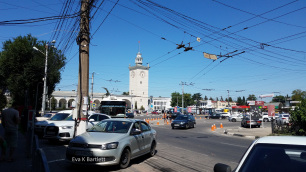 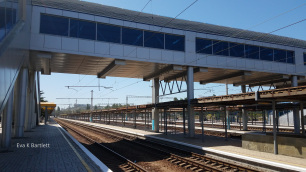 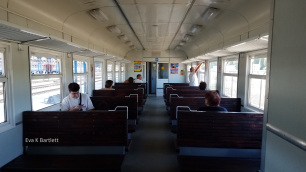 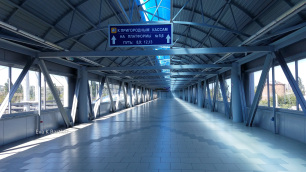 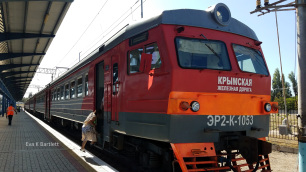 Wooden seats, chug chugging, sun beating down on me whichever side I moved to. Authentic simple travel that I love.

Aside from the lovely countryside, what I kept noticing was that on either side of the train I saw every so often more construction, improving the infrastructure. 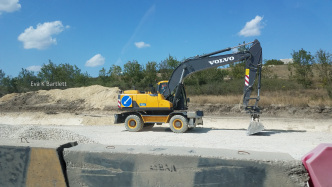 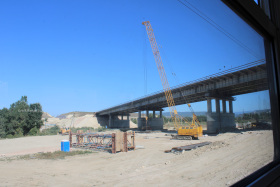 After arriving in Sebastopol, I realized I needed to find a cafe or somewhere I could sit and charge my phone enough to navigate to the room I thought I'd successfully booked for a few nights.

As I stood orienting the map route (on mobile)and zooming in to see if any signs of cafes or other popped up, a woman walked by me and said with a smile something with the word "shto", which I think means 'what'. When I replied in English, she laughed sweetly and flagged down another woman who spoke English.

That woman at first was suggesting I take one of the trolley-buses into the centre of the city, but when I showed the map and my destination, she said she and her husband would take me instead. I normally walk wherever I can, but this was a pretty great offer; one which I appreciated even more when the road became a slow and long incline which would have been a pain with the suitcase and laptop backpack.

As we drove, we chatted. At one point, I asked her about the referendum. I mentioned that some in Canada and elsewhere have the notion that it was done under duress, with a heavy military presence to influence the vote. She laughed, saying,

"We are now under the wing of Russia. There were no troops, no military, around us during the referendum."

She spoke of the joy of Crimeans to vote.

She said that 98% of Sevastopol had voted in favour.

I asked about positive developments since then. She mentioned the improvements in roads, the opening of kindergartens and schools. Free courses (like music) for children.

I'd heard some of these points a few nights ago in Yalta (I have a very interesting, very informative, audio to post of a woman in Yalta speaking at length, but again I have to prioritize for now the project I'm working on, especially since all my work was inexplicably lost [corrupted?] the other day and I had to start over.).

The woman in Yalta mentioned (correct my memory if its wrong) 200 new kindergartens since the referendum. I jotted a couple notes on my mobile as she spoke, including that when she moved to Crimea in October 2012, everything was 'dilapidated and run down'.

"The nice roads you were driving on, they didn't exist when we were a part of Ukraine."

As I stood inside the guesthouse I'd tried to book a room in, waiting for someone to greet me and sort the room, the woman who'd offered to drive me mentioned her parents have a guesthouse overlooking the bay. Ding dong! When nobody materialized after around 10 minutes, I took her offer to rent from her parents instead.

What a fantastic happenstance. Beautiful home, little apartment setup, 2 minute walk to a lookout of the bay, or 30 second walk if I go up to their balcony. They are lovely, so hospitable, have a fig and pear tree (and I consequently have a brimming bowl of fruit).

I have a pair of sandals I bought from a shoe-maker in Beirut. They're comfortable and nice, but while walking, one of them became a flip-flop, the glue unstuck. Guesthouse owner had repaired it for me while I was walking back from the grocery store.

They invited me for dinner and also suggested I cool off in their little pool, but I had to politely decline in order to get back to my work. But I did take a few minutes just now to enjoy their pool, and the stars, the silence, and the incredible fragrance of some night blossoms. 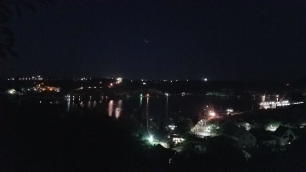 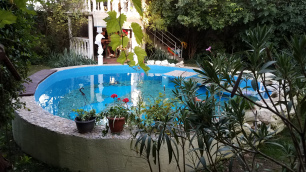 Related Topic(s): Crimea; Military, Add Tags
Add to My Group(s)
Go To Commenting
The views expressed herein are the sole responsibility of the author and do not necessarily reflect those of this website or its editors.